Today we have the release day blitz for TEMPTING TASTE by Sara Whitney! Check it out and grab your copy today! 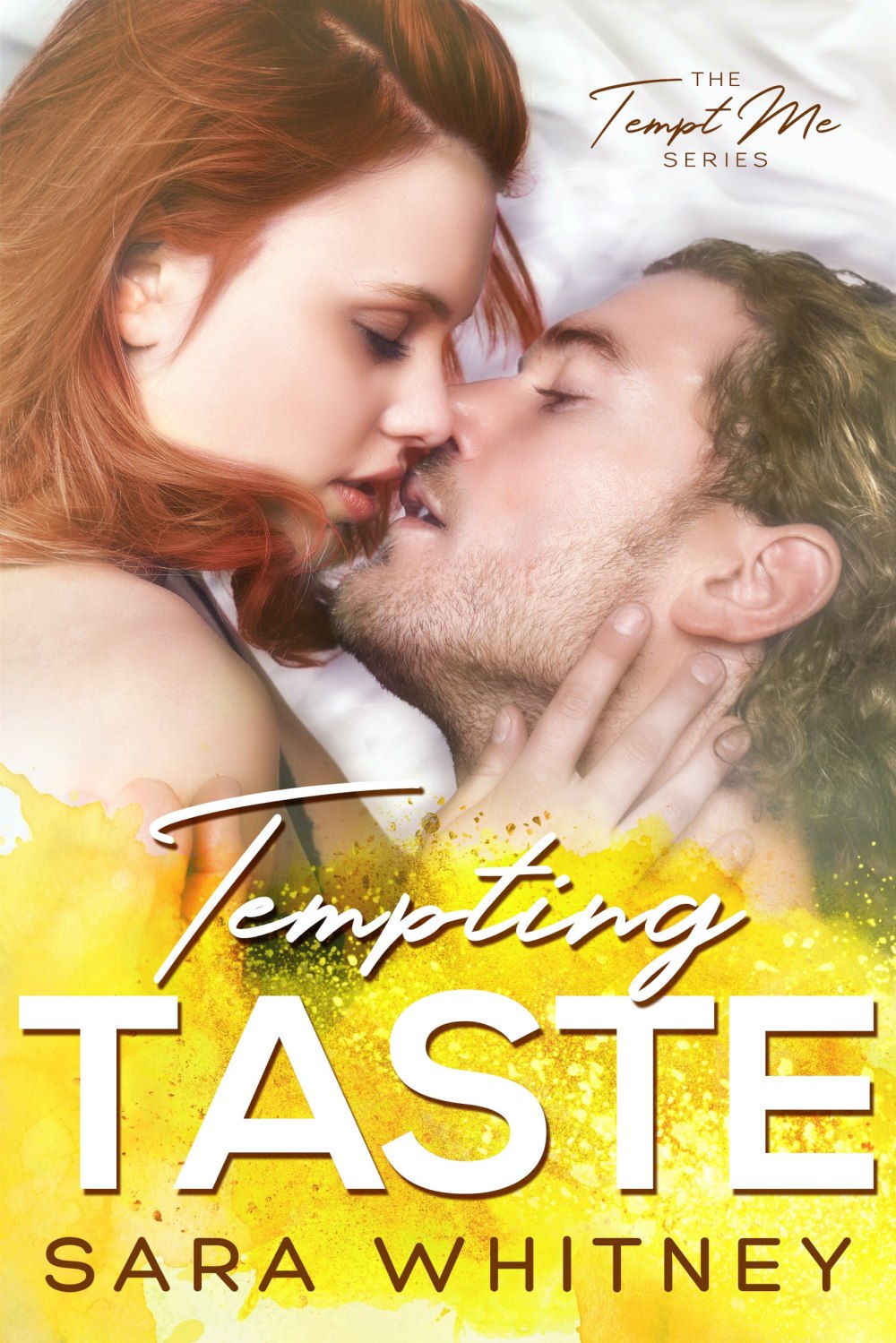 Can a grumpy baker and a brash marketing wiz blend perfectly? Or are they a recipe for disaster?

After a chaotic childhood, all Erik Andersson wants is peace and stability. What a shock, then, to find himself quitting on the spot after a tornado of a woman storms his workplace and exposes the toxicity of his boss. Although Erik should be focused on locking down his next gig, he instead agrees to a wild business proposal from the beautiful chaos agent intent on upending his life.

Josie Ryan spent years chasing her mother’s approval and now fills that void by wowing clients with her buzzy PR events. So when the brooding baker with the gorgeous cakes ends up jobless, Josie leaps at the chance to prove her worth by turning his talent into an empire–assuming she can work alongside a reserved hunk who charms her with every grumble.

Apply heat and watch them sizzle

Keep it professional. That’s the first rule of a good partnership. Soon enough, though, Josie and Erik have dropped their defensive walls to explore the potential of their sweet-and-salty relationship. But as the business grows, their clashing definitions of success threaten their happy equilibrium. Can they resolve their differences to form the perfect fusion, or will the heat force one of them out of the kitchen?

Tempting Taste is book 2 in Tempt Me, Sara Whitney’s hot and humorous contemporary romance series. It’s a standalone novel with no cliffhangers, so grab your favorite pastry and get reading! Get Your Copy Today:

Catch up on the Series: “Anyway, about Erik. Did you see those arms? I bet he could bench-press me. Maybe you and me at the same time even.” Josie fanned herself with a lazy hand.

Richard’s teeth flashed, then vanished just as quickly. “Girl, he could hang one of us from each bicep and do curls. If that guy doesn’t have a thirst-trap Insta account with a billion workout ab shots, then I quit life.”

Her fingers involuntarily twitched toward her phone to search “hot Chicago baker,” but she forced them to behave. “Too bad he’s not my type.”

Richard paused with his coffee cup halfway to his lips. “Excuse me? I thought Nordic god-men were everyone’s type.”

She reached for another sugar packet. “Big and brooding’s nice to look at, but I’m more into confidence and a three-piece suit.” She dumped the crystals into her already-sweet coffee and stirred, looking up when Richard snorted.

“Oh yeah? And how did your last five dates with the suit-wearing ‘so-confident-it-borders-on-narcissism’ guys go?” Richard just laughed when Josie stirred her coffee harder. “I’m not saying date the hot baker, and anyway, you probably already scared him off. But I am saying maybe what you think is your type is really more your mom’s type, and you’re only dating them to win her approval.”

“Hey!” Her mug hit the table with a thunk, and Richard raised his hands in surrender.

“Ooooh, sorry. I retract. It’s your fault and your fault alone that you’re the most single girl in Chicago.”

“Damn righ— Hey!” she said again, but he just laughed evilly and went to fetch another refill for himself.

She twisted in her chair to call after him, “Everybody loves a man in a suit!” but her words were lost in the scream of the cappuccino machine. She exhaled a similar gust of hot, agitated air and turned back around in time to see the door swing open to admit the big blond baker. And her eyes hadn’t deceived her during their previous two meetings. Erik Andersson was, to dust off a word she hadn’t had much use for previously, positively strapping. All he needed was an ax and a blue ox.

Nope. Definitely not her type.

Bright blue eyes swept the crowded shop and landed on her. As before, not even the tiniest flicker in his somber expression showed that he recognized her as he weaved through the packed tables with surprising grace for such a big man. When he reached the table, he stood close enough that the scent of vanilla on his skin edged out the acrid burn of coffee beans.

“Hi.” She tipped her head up, up, up. “Do me a solid and sit down before I permanently damage my neck.”

He complied and laced his fingers together on the table in front of him. “Hello,” he said, studying her with a frown hovering at the edge of those unreadable blue eyes. Yet again, she was reminded of her uncharacteristically frazzled appearance. She couldn’t have paused to apply a little lip gloss at some point?

“Hey! You made it!” To cover her nerves, she held her hand up for a high five, and after a moment’s hesitation, Erik delivered the world’s most gentle smack to her palm. His dinner-plate hand dwarfed hers. Mmmm. Big hands, big—

“Sorry to interrupt.” Richard was back with his refill and a wry smile. Damn his timing. “Sexy, sassy, and downright delicious! Whitney’s pint-sized heroine and strong-but-silent hero make for the perfect pairing. Tempting Taste brims with her trademark wit, humor and warmth.” Kate Bateman, bestselling author of This Earl of Mine

“Whitney serves up a delicious blend of sugar and spice that definitely hits the spot.” Goodreads reviewer

“I was hooked from chapter one. I love the fiery heroine and the silent broody hero.” Goodreads reviewer In a funny twist of fate, Sara’s married to a divorce attorney, and she likes to think that her happily-ever-afters help keep their household in balance. She and her husband live in the Midwest surrounded by books, cats, and half-empty coffee cups. Keep up with Sara by subscribing to her mailing list here.