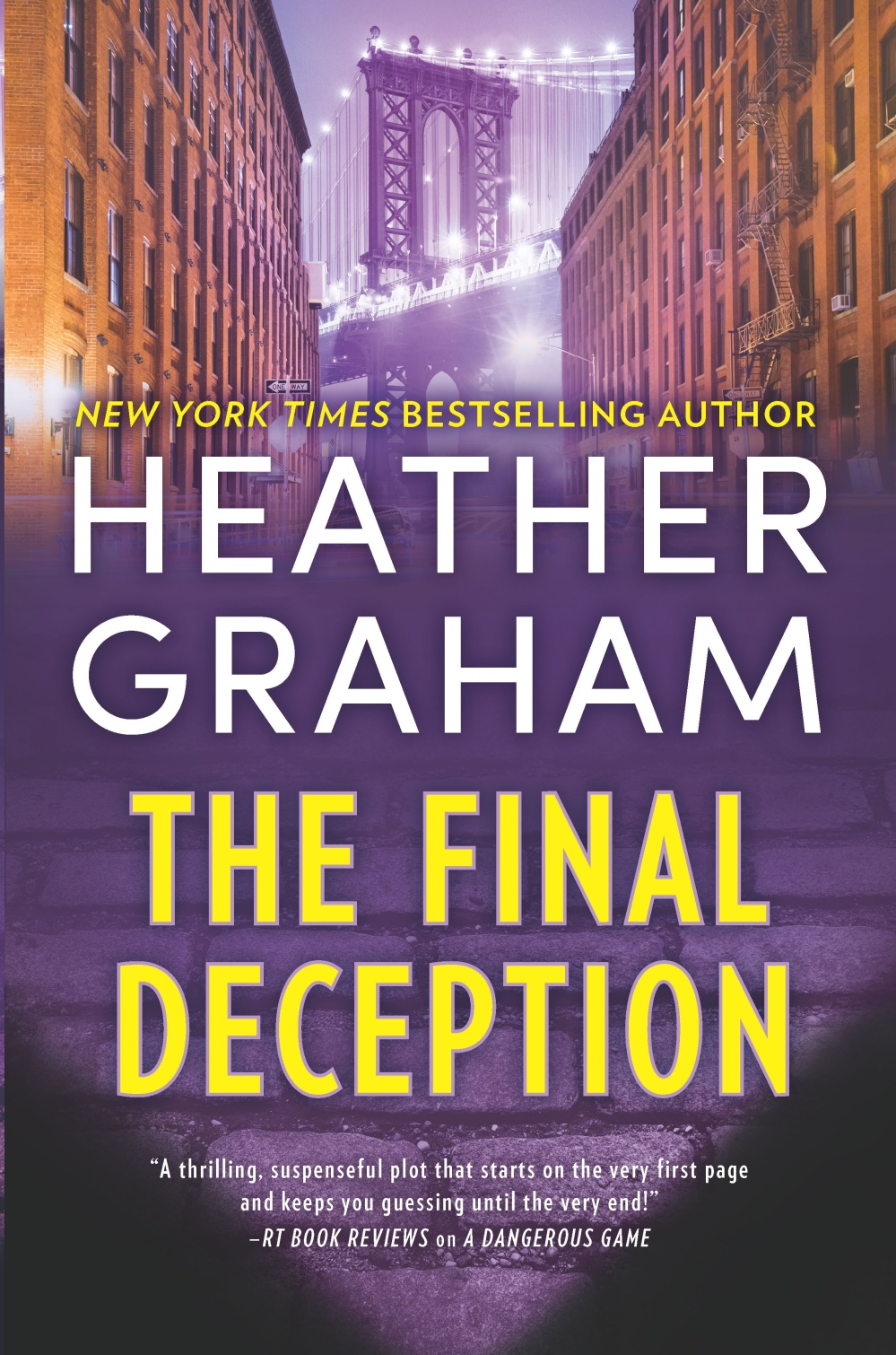 Witness the thrilling conclusion to the beloved New York Confidential series, in THE FINAL DECEPTION. Kieran and Craig are about to take on their most chilling case yet as they hunt for a deranged serial killer who has escaped from prison to satisfy his need to kill again.

When criminal psychologist Kieran Finnegan was released from her responsibility of counseling the brutal serial killer known as The Fireman, once he was incarcerated, she was relieved to escape the tendrils of his twisted inner world. The chill she received from her sessions with him has stayed with her despite trying to leave him in the past. However, some demons refuse to remain behind bars. When her FBI agent boyfriend Craig is called to a gruesome crime scene that matches The Fireman’s MO, news begins to spread that he’s escaped from prison.

And he remembers Kieran…

Amid a citywide manhunt, Kieran and Craig need to untangle a web of deceit, privilege, and greed. They suspect that those closest to the killer have been drawn into his evil, or else someone is using another man’s madness and cruelty to disguise their crimes. When their investigation brings the danger right to the doorstep to the once safe haven of Finnegan’s Pub, Kieran and Craig will have to be smarter and bolder than ever before, because this time it’s personal, and they have everything to lose.

CRAIG FRASIER BREATHED IT IN BEFORE HE COULD STOP himself; the bloodcurdling scent of burning flesh.

Flames still skittered over the body—an accelerant had been used. As he stood there in the small dark alley, he heard others rushing in: Mike Dalton, his partner, and patrol officers. He heard the sirens; the fire department was coming.

But there was no saving this victim.

Craig was already tamping the fire out; an extinguisher would make the work of the medical examiner more difficult.

But he knew what the medical examiner would find.

The victim had been strangled, then the tongue had been cut out. And then the eyes had been gouged out. Death had occurred, mercifully, before the fire had been set.

The corpses haunted his dreams. Burned shells, some flesh and soft tissue remaining, charred and clinging to the bones, mummy-like. The mouth in the blackened skull was agape, and those empty, soulless eye sockets seemed to be staring up, as if they could still see, as if they stared at him in reproach…

Why hadn’t they caught the killer sooner?

He heard a rustling sound. Looking across the alley, Craig saw a shadow moving. Leaving the corpse to others, he took off like a bullet. He pursued the moving shadow at a run…running and running for blocks. The city was a blur around him.

He reached apartments on Madison, with a coffee shop and a dress store on the first floor, just as the gate at the street entry to the residential units above was closing. He caught the gate, and he reached the elevator in time to see what floor it stopped on. He followed.

And again, as he arrived, a door was just closing; he didn’t let it close.

And there he was: the Fireman, still smelling faintly of gasoline, ready to sit down to a lovely dinner with his family. About to say a prayer before the meal…just a husband and a father, and a man who looked at Craig and calmly said, “So, my work is over. But I have obeyed the commandments given me, and I will go with you.”

Why did you take so long? The corpse again! In Craig’s dreams, the corpse was back, animated, flying at him like a ghostly banshee, issuing a silent scream.

He didn’t awake screaming or startled—he didn’t jerk up. It was almost as if he always knew it was a dream, reliving the day the Fireman had gone down.

He’d had the dream several times before. But, now, it seemed as though it had been a long time. Weeks. He’d thought he’d ceased experiencing it altogether. He’d been doing all the right things: quietly seeing a Bureau shrink a few times, following their advice. He hadn’t told Kieran Finnegan, his fiancée, about his recurring nightmare, and while she was a criminal psychologist working with two of the city’s finest criminal psychiatrists, he’d made a point of not telling her or her bosses.

He’d thought he’d settled it on his own. It was a little strange and sometimes intimidating being in love with someone who studied the human psyche, and he hadn’t wanted Kieran worried about him or trying to analyze him.

Why the hell had the dream come back?

He felt Kieran shift against him. He pulled her into his arms and she rolled, crystal eyes opening wide when she realized that he was awake.

And aroused. Kieran’s tangle of auburn hair was a wild mass around her face, emphasizing her eyes and the quick smile that came to her lips.

“Ah!” she murmured, feeling his arousal against her.

“Your fault,” he accused.

“Well, thankfully. What time is it?” she asked with a soft whisper.

He laughed. “Quickie time, or time for a quickie,” he said.

Her smile deepened, and there was something so sensual about it that it never failed to increase whatever he had begun to feel.

In her arms, in the liquid burn of kisses here and there strategically placed, in the swift—and intense—blaze of arching and writhing and thrusting, all else faded.

After, Craig headed for the shower. He was an FBI agent in the Criminal Division of New York City’s branch of the FBI. He could be satisfied in having brought down several killers. But there would be more; a sad fact of the world and humanity. He was blessed to have his job, his vocation, and it was time to go to work.

He shoved the dream into the back of his mind.

Whatever his day held, he’d already seen the worst that this world could offer.

Little did he know. 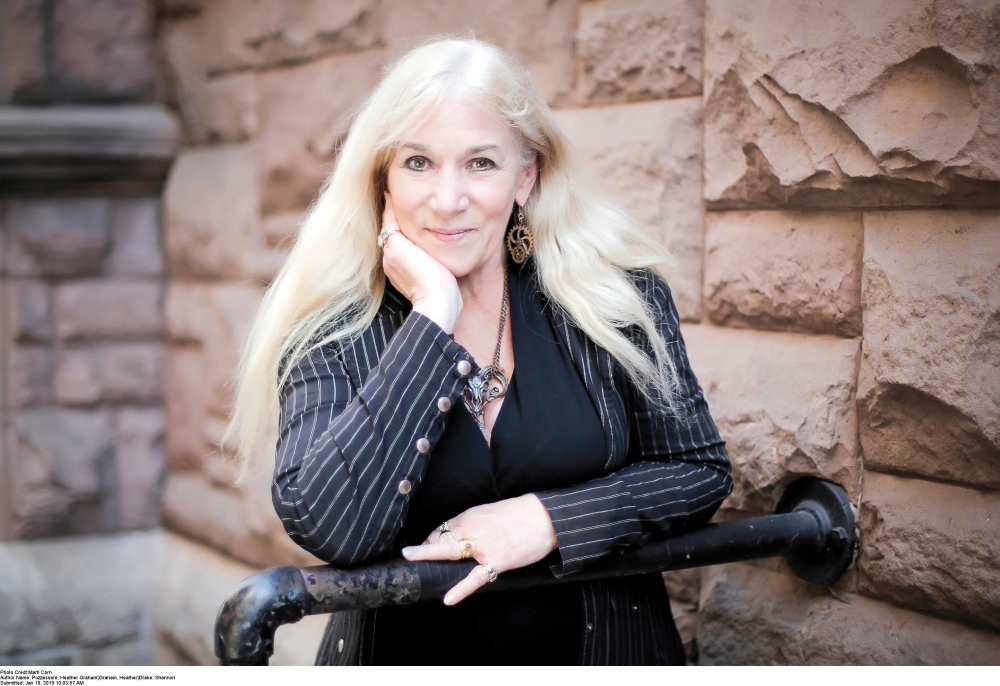 Heather Graham is The New York Times and USA Today best-selling author sold her first book, When Next We Love, in 1982 and since then, she has written over two hundred novels and novellas with about 60 million books in print in categories of romantic suspense, historical romance, vampire fiction, time travel, occult, and Christmas holiday fare. Graham earned high praise for her New York Confidential series, including a starred review from Library Journal which called it, “Intricate, fast-paced, and intense, this riveting thriller blends romance and suspense in perfect combination and keeps readers guessing and the tension taut until the very end.” For more information, visit her at TheOriginalHeatherGraham.com. 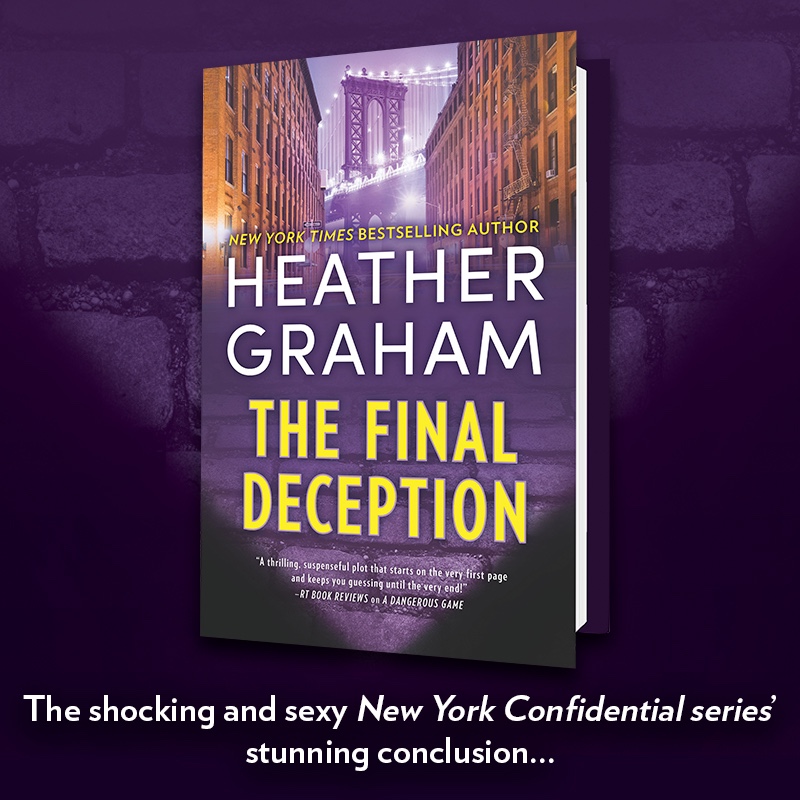