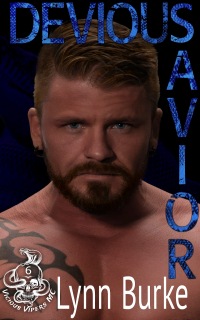 I was responsible for my soulmate’s death, and twenty years later, the demons of guilt still try to suffocate me. Drowning them with liquor doesn’t work, so I run, leaving everything—my colors, my brothers, and my addictions behind.
Fate brings me to a place that matches my dried out soul—Vegas.
A ray of pole-dancing sunshine breaks through my darkness, giving me hope for a future. An independent, stubborn woman, Casey doesn’t need me to be her knight in shining armor, but I can’t give up my addiction to her.
She’s an inescapable temptation. A curvy glass of thirst-quenching water. And she’s off limits, under the protection of the Vegas Chapter.
When Casey’s life is placed in my hands, will my lies and her manipulation be our undoing or will facing our insecurities save us both?
*This is the sixth book in the Vicious Vipers MC series and may be unsuitable for someone under 18 years of age. HEA guaranteed, however, secondary characters make appearances in other’s stories. Reading in order is recommended. 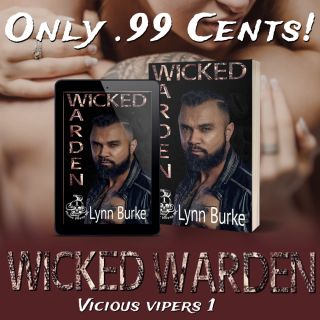 Lynn Burke is a full time mother, voracious gardener, and scribbler of spicy romance stories. A country bumpkin turned Bay Stater, she enjoys her chowdah and Dunkin Donuts when not trying to escape the reality of city life. 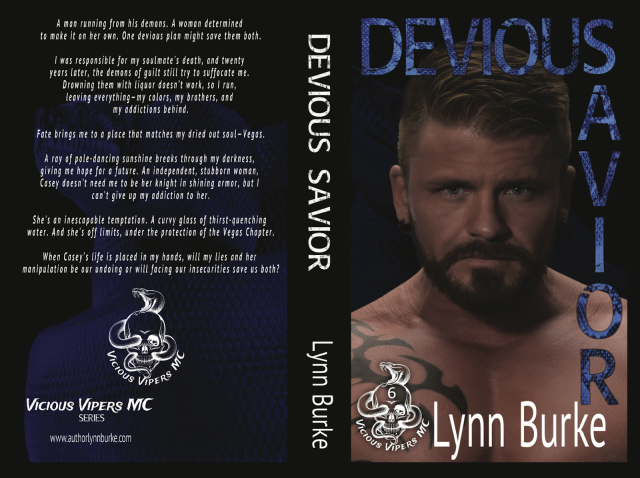 MY REVIEW: A terrific addition to this exciting MC series. Finally, we get Ricky’s story. Younger brother to the Prez of the Vipers, Boston chapter, he’s been fighting his demons with a bottle and other crutches for 20 years until he’s as low as he can get without being 6 feet under. Brother Vigil had enough in the last story and gave Ricky an ultimatum that has him turning in his cut and running. Ricky can’t outrun his demons but the space helps him get clean and strong. I love the new Ricky with his hunky body, clear mind and fierce brotherhood spirit. He may look good on the outside but there’s still a lot of darkness on the inside. Ricky lands in Vegas and with his old friend, Klingon, the Prez of the Vega Vipers and in the sights of Butcher’s feisty young daughter, Casey. She a firecracker with an independent streak and doesn’t take no for an answer when she sets her sights on Ricky. But she a no no for Ricky as a brother’s kid but he can’t resist the young beauty. Their lust is instant and flames hot as their connection grows. Casey is a marvel as the spirited club kid all grown up. Between her love of dance and her love of medicine she’s a go getter. She’s working as an exotic dancer when med school falls through but she still wants to help kids. Ricky’s not sure the MC life is for him anymore but when the Klingon asks for his help he’s all in. He such a good brother and will protect the club. That protective streak comes in strong with Casey as their relationship grows. But will her father ever give his approval or will the couple be forced to go their separate ways? A threat to Casey has the club up in arms and Ricky is determined to save his girl. This is a quick, easy read with good brotherhood, a hint of danger and a spicy, insta romance. I really wanted Ricky to get a road name though. He needs one!