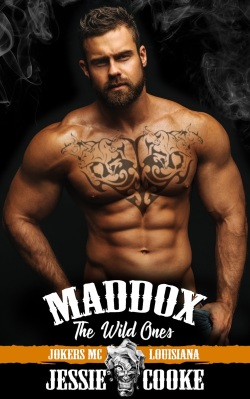 A man and a woman with no apparent connection go missing from the French Quarter on the same day. The president of the Jokers MC is desperate to find his sister, and one of the Westside Skulls is worried about his missing friend.
A group of men who rarely ask for any help turn to Brock Maddox, an ex-soldier turned PI, and Maddox will soon find himself embroiled in a mystery where all the clues seem to lead back to a group of dangerous men involved in organized crime.
For Maddox that might just be any other day in the life…except that something about the missing woman will trigger the nightmares from Maddox’s past that he thought he’d lain to rest, and his intense attraction to the daughter of the leader of an organized crime family might just put them all at risk.
New Orleans, Louisiana is a beautiful city and the French Quarter is full of tradition and mystery.
Get out that Harley and ride along as Maddox as he investigates the mystery, falls in love, and tries desperately to stay on that narrow path between the right side of the law…and the laws of the swamp, that only the Jokers live by. 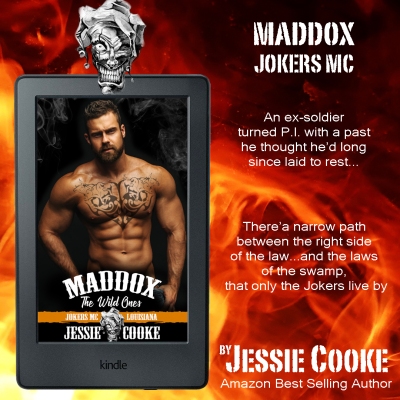 MY REVIEW:
Suspense and danger. That’s at the heart of the latest story in this MC series. Blackheart’s sister is in danger after she disappears with no clue where she is or if she’s alive. Blackheart is a menace the longer his sister is gone. Calling in help from Cali’s Westside Skulls and Blackheart’s old friend Maz and friend to the Skulls Maddox. Maddox has his own demons but he’s up for the job and heads to NOLA with Maz. When he gets there he encounters the beautiful Carmella, daughter of the local mafia boss. Little does Maddox know that his investigation will lead to Carmella’s family when he grows closer to the mafia princess. I have to say that I was a little disappointed that the Jokers took a backseat in this story. I was hoping for more of Jokers’ intriguing culture and the fantastic brothers. Oh, the Jokers make appearances in the story but for the most part its all about Maddox, his investigation and his sexy romance with Carmella. The mafia guys are basically caricatures of bad soldiers gone off the rails and a boss that’s too lacks. The last scene about the mafia was too disturbing and bazaar even for Blackheart. Maddox and Carmella’s relationship seemed forced at the beginning but by the end I really liked the couple with their hot chemistry. This was an okay read for me. I hope we get Chance’s story next and get back to the Jokers. Love those crazy Cajuns!