Next In Line (Wait With Me Book 2)

What happens when the cute mountain man you made out with in an ice fishing shack turns out to be your brother’s best friend?

A whole lot of awkward, that’s what.

Maggie’s mind is reeling when she discovers the guy she became tangled up with at Marv’s Bait & Tackle isn’t a stranger like she thought, but her brother’s closest friend and sort-of boss.

It’d be best to walk away and never speak of this incident again, but there’s one snag: Sam and Maggie’s chemistry is hot enough to melt ice and Sam’s passion for life might be just what Maggie needs to heal her broken heart.

However, keeping their carefree arrangement a secret is far more difficult than either expected–especially when one of them decides they want this arrangement to be more than just a catch and release. 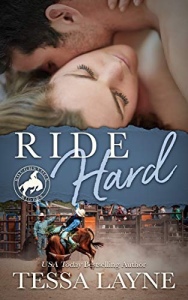 When disgraced bull rider Ty Sloane agreed to take a job as foreman at Falcon Ridge Ranch, he didn’t count on having to share his job or his cabin with twenty-one-year-old rising star barrel racer Maybelle Johnson. She tests his patience by day and drives him to distraction by night, but she’s off limits—too young and innocent for the likes of an ex-con like him.

As far as Maybelle is concerned, Ty Sloane can go jump in a lake. The cocky bull rider is a thorn in her side, both at the ranch and on the road. But he makes her feel things no man has ever made her feel, and as she learns about his past, she can’t help but develop a soft spot for him.

When trouble finds Maybelle on the rodeo circuit, Ty puts it all on the line for the sweet young woman who’s captured his heart, even though it may cost him his freedom.

One virgin, one night, one surprise baby…

For Ethan Knight, managing his empire is his priority. Women, not so much. But when a favor leads to him meeting sexy, driven Sienna Dare at a black tie corporate event, his interest is piqued along with his desire, and his infamous control slips as he joins her for an unforgettable night in bed.

Sienna Dare is trying to figure out the direction of her life when she meets enigmatic Ethan Knight—a strong, confident man so hot and irresistible he’s the one she finally relinquishes her v-card to.

The problem? Ethan has a billion dollar contract with Sienna’s brother at stake. An overly-protective brother who doesn’t take it well when he finds out his business associate bedded his much younger sister. Oh, and she’s pregnant, too . . . 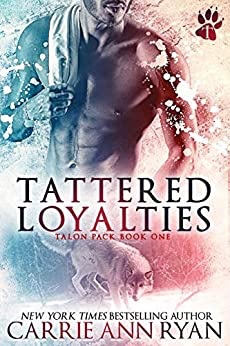 When the great war between the Redwoods and the Centrals occurred three decades ago, the Talon Pack risked their lives for the side of good. After tragedy struck, Gideon Brentwood became the Alpha of the Talons. But the Pack’s stability is threatened, and he’s forced to take a mate—only the one fate puts in his path is the woman he shouldn’t want.

Though the daughter of the Redwood Pack’s Beta, Brie Jamenson has known peace for most of her life. When she finds the man who could be her mate, she’s shocked to discover Gideon is the Alpha wolf of the Talon Pack. As a submissive, her strength lies in her heart, not her claws. But if her new Pack disagrees or disapproves of fate’s choice, the consequences could be fatal.

As the worlds Brie and Gideon have always known begin to shift, they must face their challenges together in order to help their Pack and seal their bond. But when the Pack is threatened from the inside, Gideon doesn’t know who he can trust and Brie’s life could be forfeit in the crossfire. It will take the strength of an Alpha and the courage of his mate to realize where true loyalties lie. 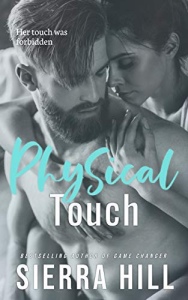 A forbidden romance; a street-smart woman trying to do what’s right and the “doesn’t play fair” businessman who will stop at nothing to have her.

Fight or flight had never been a question for feisty Boston physical therapist Rylie Hemmons, until she met the man whose touch made her reconsider everything she’d worked so hard to create.

When Rylie takes on new patient Mitch Camden after his ski-accident, she is overwhelmed by a physical attraction she’s never before experienced.

Conflicted over her desire for Mitch and maintaining her professional oath, she works to keep the personal boundaries, just as Mitch is equally determined to close the distance.

At the risk of jeopardizing her career and reputation, Rylie is forced to make a life-altering decision that may have her running from what she needs most.

What happens between two best friends when a fake-dating plan goes better than expected?

Aubrey Walker just wants to get through her big sister’s wedding without losing her sanity. Her overbearing mother and nosy family, however, might push her over the edge. To get them off her back, she comes up with a harebrained plan – pretend that Tommy Flanagan, her best friend, is actually her serious boyfriend. To her great surprise, the fake relationship with Tom actually works, but what happens when Aubrey starts to see him in a whole new light?

Chef Thomas Flanagan is ecstatic when he wins several awards from the city’s local magazine – not so much when his famous chef father decides to attend the awards party. Tom finds the perfect solution in Aubrey’s fake dating scheme, but there’s one big problem: he’s secretly in love with the beautiful Aussie. Torn between playing along or telling her the truth, will he risk his heart to fire things up between them for real?

This is a fake dating sweet romance. All books in the LUSH Restaurant series are stand-alone novels and can be read in any order. 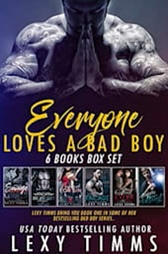 Everybody Loves A Bad Boy

Who Doesn’t Love A Bad Boy?

USA Today Bestselling author, Lexy Timms, brings you 6 Romantic Suspense stories with bady boys and all the steam to get your heart racing!

I THINK EVERY GIRL’S DREAM IS TO FIND A BAD BOY AT THE RIGHT TIME, WHEN HE WANTS TO NOT BE BAD ANYMORE.

EVERYONE LOVES A BADBOY has something for everyone: Mafia Romance, Billionaire Romance, MC Biker Romance, Bad Boy Romance, Tattooist and ink, and so much more!

This first-in-a-series anthology has the first book in each series – some with cliff hangers, some with HEAs.