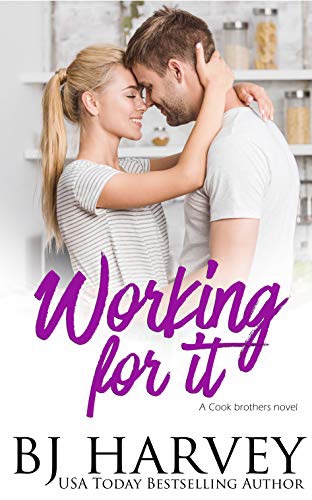 Twice-divorced Ezra has always acted first, thought it through later. Except in Gilly he finds an equal; a strong-willed, independent woman who doesn’t need his money or kind heart to get ahead. She just wants him.

Career-focused Gilly never imagined she’d be thirty-five, single and pregnant. Except when Ezra suggests they date rather than just mate, she finds herself wondering whether the man she’s been looking for has been in her bed all along.

If they can survive raging hormones, house renovations, and the realities of childbirth, surely creating a family will be a walk in the park…right?
***
Working For It is a full-length house flipping romantic comedy that can be read as a complete standalone and is the fifth and final book in the Cook Brothers series. This is the story of the brother from another mother, Ezra Baker, and the one he never saw coming. 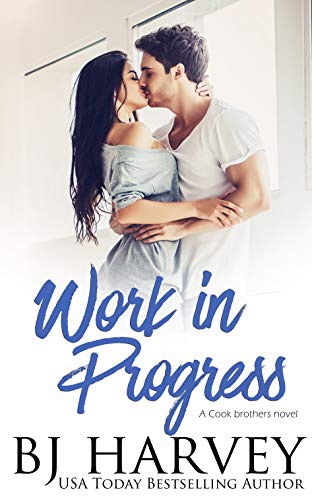 Jamie Cook is a work-in-progress. He’s always wanted what his parents have: a good marriage, lots of kids, and financial security. He thought he’d have the first two with his ex-girlfriend while the third would come once he got his house-flipping business off the ground. When his ex doesn’t subscribe to his five-year plan, he makes Cook Brothers Construction his sole focus.

Then he moves next door to April Williams, a sassy single mom he can’t stop riling up. Throw in her matchmaking mother-in-law, who’s set her sights on Jamie being April’s knight in a leather tool belt, and a house threatening Jamie’s sanity, and it should be a recipe for disaster, but Jamie wants this three-month project to last forever. That’s if he can stop being the neighbor from hell and prove to April he’s not just flipping a house—he wants to flip her heart.
***
Work In Progress is a full-length, neighbors to lovers house flipping romantic comedy that can be read as a complete standalone and is book 1 in the Cook Brothers series.