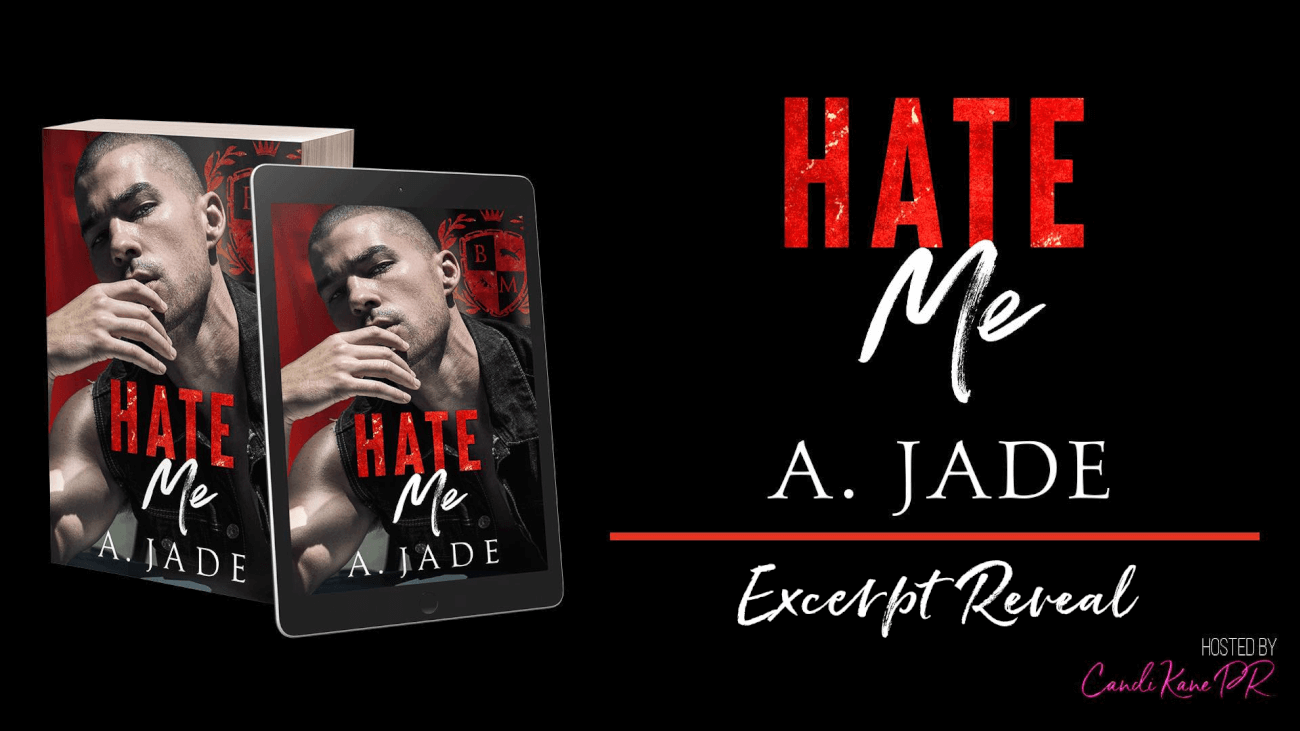 Blurb:
I’m the whispers in the dark you can’t ignore.

The bully you can’t run away from.

I’m the tormentor who makes your life a living hell.

The villain you love to hate.

I’m the vicious stepbrother sleeping in the next room.

The one who knows all your secrets.

And I’ll stop at nothing to make you pay.

WARNING: This book is recommended for mature readers due to graphic language, sexual content, and dark elements. It is NOT a safe read.

Excerpt:
Tightening his grip, he escorts me to what appears to be a coat room.

“Let’s get one thing straight,” he snarls, cornering me until my spine meets a row of coats. “Your whore mother marrying my father changes nothing between us.”

I almost want to laugh, because I don’t like this new arrangement any more than he does.

However, it’s comical just how much it’s ruffling his feathers.

Words die in my throat when one hand slams across my mouth and the other one hovers over my throat, threatening to squeeze. “I’m not afraid of anything, Stray.”

He utters the last word with so much venom I nearly wince. Out of all the cruel nicknames Knox has given me over the years, this one hurts the most.

Because it’s the truth.

Ever since my dad died, I’ve felt lost and abandoned.

Like a kitten who lost its way and will never find home because they don’t belong anywhere.

He leans in close, his ruthless stare burning a hole right through me. “But you should be.”

A shiver runs down my spine, not only because of his threatening words and the hostility they’re laced with…but the lethal way he’s looking at me.

As if he’s contemplating the best method to kill me and dispose of my body afterward.

I’ve heard all the rumors going around school.

His mom was murdered when he was thirteen…

And his dad sent him to a mental institution for a year while he covered it up.

Because Knox was the one who did it.

People weren’t terrified of him just because he was a bully who got off on terrorizing others.

They were terrified because he was a legitimate psychopath who was capable of homicide.

Until now, I wasn’t sure I believed any of the gossip.

At six foot three he towers over my five-four frame, but I force myself to peer up and look him right in the eyes. “Go to hell.”

Deep down I’m petrified of the lunatic, but I refuse to let him see that.

My breath hitches when he presses his body against mine and the hand looming over my throat constricts. “I live there.”

Live? More like ruled because as far as I’m concerned, he’s the devil.

My retort falls by the wayside, though, when he leans in and his mouth brushes mine.

I’m about to ask what the fuck he’s doing, but a sharp sting shoots through my flesh when his teeth clamp down on my bottom lip and I taste a hint of copper.

I try to pull away, but that only makes the pain worse.

Thinking quick, I knee him in the balls.

With an aggravated grunt, he finally releases his hold.

I expect him to be pissed so I brace myself, preparing for another attack, but to my surprise there’s a trace of amusement in his expression.

His tongue darts out and I see the glint of metal from his piercing as he swipes the blood gathered on his lip. “Welcome to the family, sis.”

About the Author:
Ashley Jade loves to tackle different genres and tropes within romance. Her first loves are New Adult Romance and Romantic Suspense, but she also writes everything in between including: contemporary romance, erotica, and dark romance.

Her characters are flawed and complex, and chances are you will hate them before you fall head over heels in love with them.

Books make her heart beat faster and writing makes her soul come alive. She’s always read books growing up and scribbled stories in her journal, and after having a strange dream one night; she decided to just go for it and publish her first series.

It was the best decision she ever made.

If she’s not paying off student loan debt, working, or writing a novel—you can usually find her listening to music, hanging out with her readers online, and pondering the meaning of life.

Check out her amazon page and Facebook page for future novels.
She recently became hip and joined Twitter, so you can find her there, too.
She loves connecting with her readers—they make her world go round’.