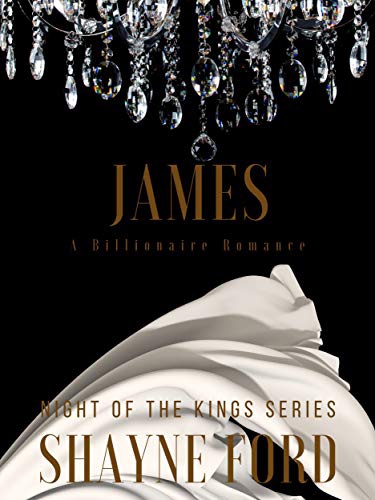 JAMES: A Billionaire Romance (NIGHT OF THE KINGS SERIES Book 1)

The ultimate billionaire finds his match.
James Sexton has money, women, influence, and two friends just like him. He doesn’t mind sharing with them from time to time, but that gets quickly complicated when he meets her.

Sheltered and innocent, Rain Morgan stumbles upon the three men who live like modern-day Kings and are nothing short of living legends in the beautiful settings of a wealthy town, not far from Aspen Colorado.

Despite her idealistic beliefs about people and life, Rain finds herself irresistibly attracted to James Sexton, the handsome, wealthy man who’s built a reputation that precedes himself.

Raised by a ruthless, emotionally unavailable father who teaches him how to make money and never trust women, James is feared by men and chased by women. A master of the business game, he has everybody in his pocket, from bankers to the mayor and the local political figures, running his business dealings and private affairs with an iron hand.

Getting involved with a young, innocent woman is not his style, but stepping away from a dare isn’t either.

When Rain’s ideals clash with James’ corrupt, dark philosophy of life, sparks fly, and hearts get broken.
Their love story may start as a dare, but the war of love and hate that ensues between them alters more than their lives.

JAMES (Night of the Kings 1) is FREE through March 24th. 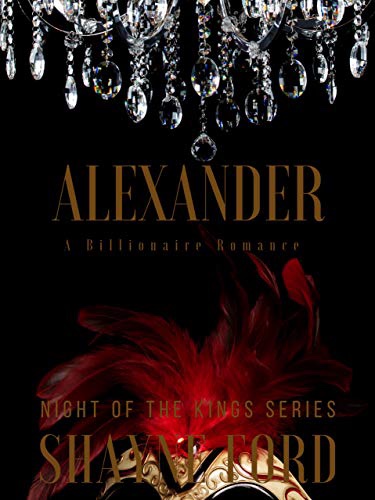 ALEXANDER: A Billionaire Romance (NIGHT OF THE KINGS SERIES Book 4)

He is her billionaire boss during the day. She is his secret in the evenings.
Falling for him is the most dangerous thing she’s ever done.
Making her happy her is the best experience of his life. /b>Alexander Harrington, the mercurial billionaire, is a walking puzzle. Fire and ice, the blue-eyed man, is hot and cold as he is mysterious and possessive. A secret from the past still gives him pain, making him skeptical about finding a woman to his taste.

Fresh out of college, Dahlia Fox lands a job with Alexander’s company. A professional by day and a minx with a wild streak by night, she gets smitten with her handsome boss who shares her taste for mysteries.

Alexander Harrington doubts her ability of handling the boardroom when he interviews her for the job. Little does he know that beneath her delicate appearance lives a volcanic woman who is equipped to excel at her job and also change his view on love.

This is Lex and Dahlia’s first book.

Although a standalone, Lex’s story includes spoilers of James’ story since his story takes place in the same world but at a later date. To gain knowledge of the backstory, reading James’ story (Book 1-3) first is highly recommended.

Larger than life, the men of the Night of the Kings Saga have swoon-worthy stories that span over 18 books.

Their stories respect a timeline, and therefore should be read in order to ensure the best reading experience.
Currently, there are four stories within the Night of the Kings Saga, more to come in the future.
HEA at the end of each story.