A famous drummer with time and money to burn.

A young artist on the cusp of international stardom.

A danger lurking in the shadows. 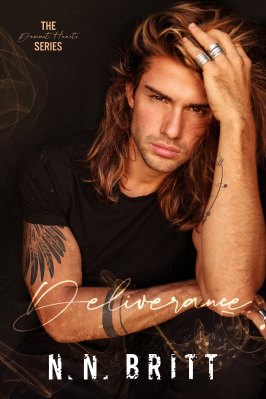 Powerhouse rocker Zander Shaw is The Deviant’s last single man standing. With the band on hiatus, he’s been globe-trotting and spending his hard-earned money on women, extreme sports, and partying. Los Angeles is only supposed to be a pit stop—track drums for infamous metalcore outfit Bleeding Faith and move on. Until a beautiful, mysterious woman gives him a good reason to stick around.

Up-and-coming artist Drew Kadence made L.A. her home a few years ago. Almost no one knows she’s on the run from a violent past. But when handsome drummer Zander enters her life and rattles all her defenses, she can’t deny the fact that their chemistry is through the roof.

Problem is, she’s not sure she’s ready to dive into a relationship. Especially since her divorce isn’t finalized yet.

The more Drew gets to know Zander, the more she’s attracted to him. But Zander’s simple gig unravels his old demons, and Drew’s demons are gaining on her. Now they both have to face their fears.

Will love give them the strength to do it together or will they each have to do it alone?

*Deliverance can be read as standalone, but for a more fulfilling experience and to better understand the world of The Deviant, it’s recommended to read Rapture first. 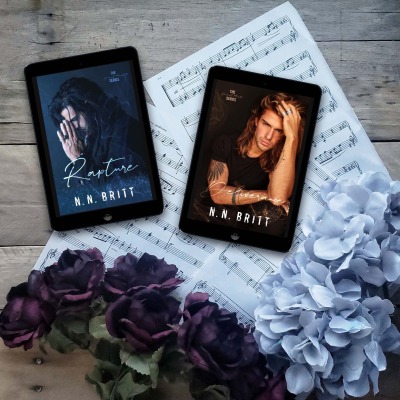 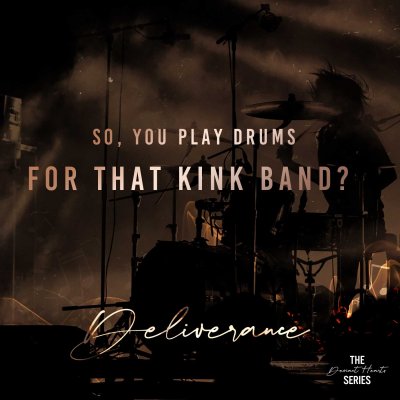 MY REVIEW:
Another fantastic rockstar romance from this talented author. With her experience in the music industry, the nuanced details of this exciting world of The Deviant have a ring of authenticity that’s different from other rockstar romances out there. Real, gritty and spectacular! I loved the previous stories and likewise drummer Zander’s story is exciting and emotional and painful. The sexy drummer is on his second life as a drummer as a fill in with another band for recording a new album. He gets a second chance at saving a troubled musician after the fail with Chance years ago. Z Man is still suffering from his band mate‘s OD. Speaking of troubled…Zander meets a beautiful artist with a troubled past that’s won’t go away. Such a sensitive subject matter is domestic abuse. Drew is a fabulous heroine and so perfect for Zander. She brings out a new side of him. Softer, protective and so sexy. I couldn’t believe the deviant bad boy drummer turned into a gentle, patient, loving man with Drew. So in-tune to her needs and feelings even when he didn’t know what was behind some of her bazaar behavior. It’s a slooow build to the sexy times between the two but delicious when it finally happened. I loved that this rocker manwhore was nervous about sex. The drama with Drew was fairly predictable but still heart stopping as her ex haunts her. I was surprised by Zander’s reveal of his “monster“. Didn’t see that coming. One of the best parts is when all the band mates and their families get together. I feel like I missed Cruz’s story but maybe it’s in the making. And what about the elusive Tyler? Looks like Dom, Justice’s manager and Tina, Drew’s gallery owner are up next. Lots of other great characters in the story. Two of the best are Drew’s bestie, Santiago and Drew’s assistant, Patience. Not a quick read but so satisfying with wonderful characters, heartbreaking subjects of domestic and drug abuse, and a swoon worthy romance. Simply outstanding!
Meet N.N. Britt

N.N. Britt is a Los Angeles-based music journalist and photographer.
Her photos have graced t-shirts, billboards, and CD covers. She pens realistic, thought-provoking novels about today’s world of art and music and the flawed people who live in it.
When she’s not writing or drinking coffee, she’s probably reading or attending a heavy metal show.