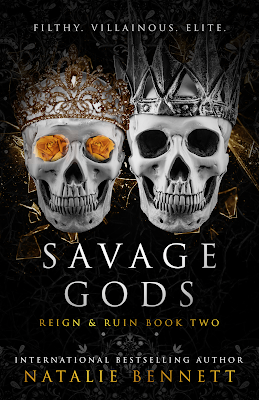 A queen is said to be the most powerful piece on the board, but no one ever mentions that she’s maneuvered by the king.
I gave myself to a monster to save the ones who betrayed me.
I let myself be crowned queen of a world I didn’t understand, making me not only a prisoner, but the perfect pawn.
Judas Barron is even more lethal than I could have ever imagined.
A savage god in a league of his own.
I thought he could grow to love me.
I thought wrong.
There’s a mutual hatred between us and it grows stronger by the day. As does the sickeningly toxic need we have for one another.
He’s taken me away from everything I’ve ever known.
He wants me to shatter so he can collect all the pieces.
He thinks he can tear my world apart without consequence.
But what if the queen were to kill the king, and take his empire for herself? 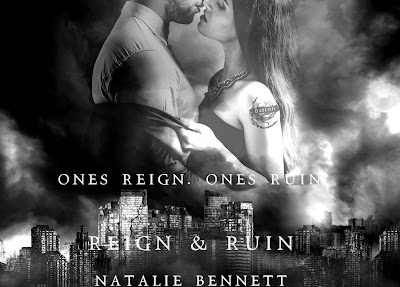 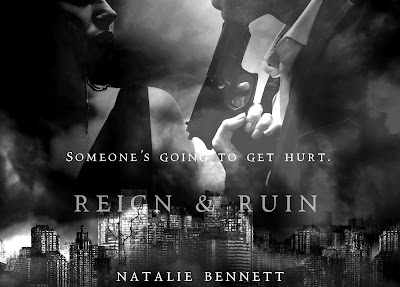 With a penchant for (writing) villainous immoral men, and a tendency to deviate away from traditional happily ever afters, Natalie Bennett is an international bestselling author of twisted and unconventional love stories.
When she’s not slaying words she’s somewhere in the sunshine state, happily taking life one curve-ball at a time. A riveting follow up to the first installment in the mafia series. I love this group of teens with a maturity beyond their years and minds on bloody deeds, brutal payback and retribution. No silly prom dreams for this group. It’s knives and guns over pom-poms and jerseys. Judas is still his sexy bad self as he controls Rhiannon and her life. She doesn’t resist too much because he is a hot hunk that has her number. Plus he really is out to protect her. A few secrets are revealed and evil doers are put down. One horrific endeavor is finished in a tragic way. The ending was a surprise and has Rhia at loose ends and in a new place. This is another thrilling read by this one-of-a-kind author with enthralling characters and a gripping storyline full of danger, bloody brutality and heinous acts. A teen mafia killing crew reeking havoc, kicking ass and taking names. Will Judas and Rhia survive all the secrets and manipulations? I can’t wait for the conclusion to the series.