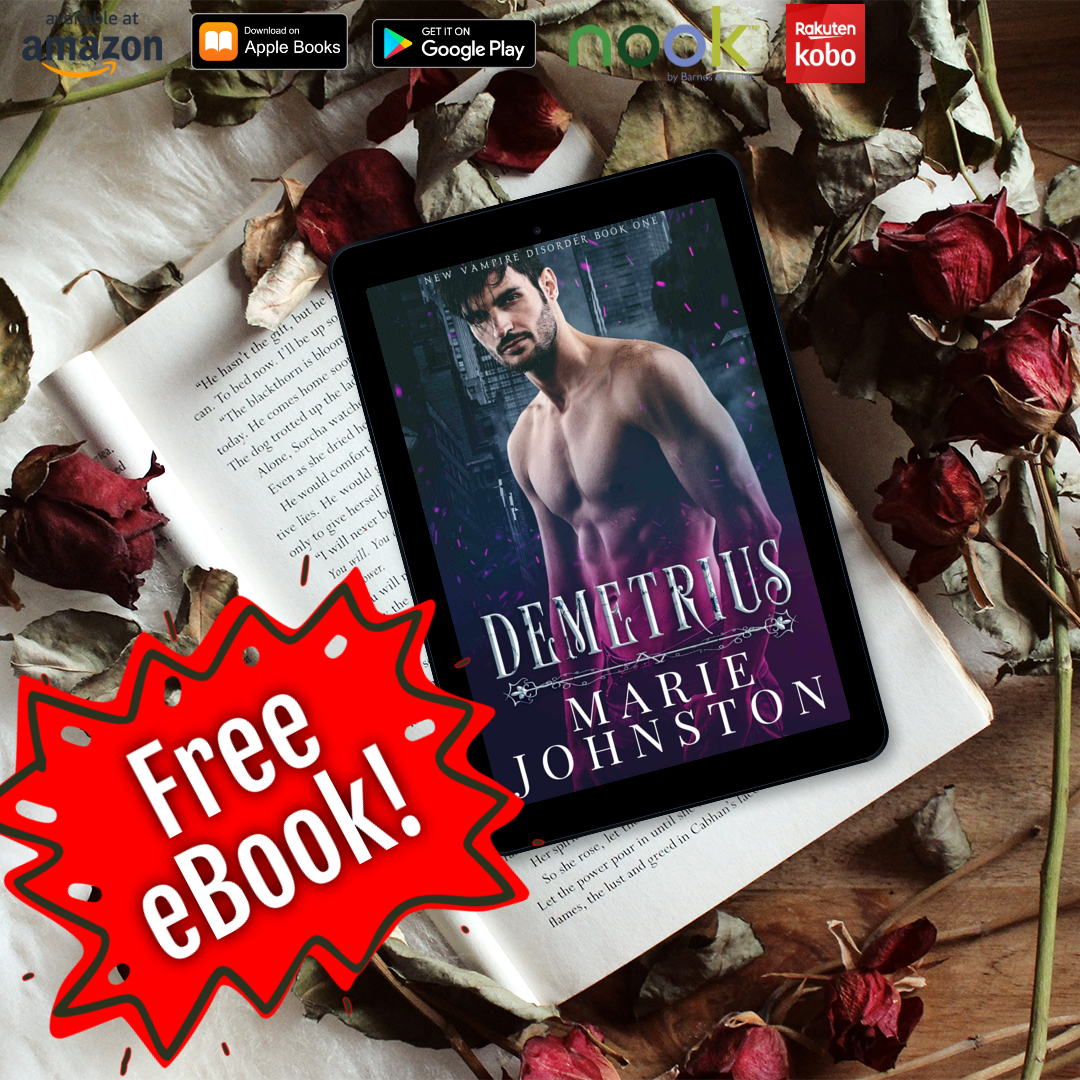 She wants to destroy the demon possessing her father.

He wants to protect his people. But she’s the worst thing since holy water: a virgin mate.

Calli’s good at pretending. Like how she and her father still live like they’re the elite of vampire society when they’ve been destitute for years. But when she suspects her father’s been possessed by a demon, there’s only one male she can turn to: the one who took everything from them.

Demetrius overturned the corrupt vampire council and formed a new government to oversee vampires. Egos and attitudes should be the only issues he’s facing, but there’s a new evil in town. And his destined mate just stormed into his office demanding help.

He can’t turn her away, but he can’t claim her as his own. Turns out, her father’s not the only one a demon has its claws sunk into.