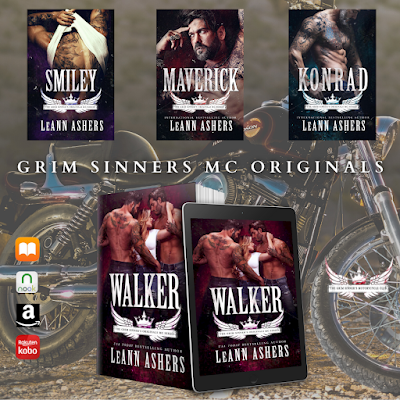 In the mood for some hot alpha bikers?

The Grim Sinner’s MC Originals Series by LeAnn Ashers is available on all platforms. Each book can be read as a standalone novel. 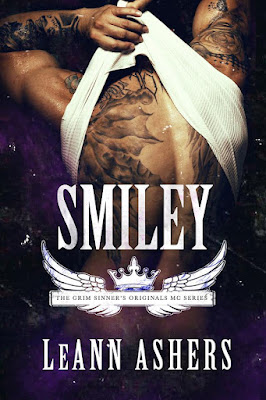 It was completely unexpected. I’d never imagined he would come into my life. From the moment I met him, I knew there was no going back. He made me feel things I had never experienced before:

I was floating on air. Nothing could touch me with him by my side. He became my everything.

I’d never expected my life to change upon walking into the Devil Souls MC. At first glance, I almost fell on my ass, and I knew I had to have her. She was everything I never knew I wanted, and hell if that didn’t stir something in me. Adeline gave me something I had been missing my whole life:

I’m the retired president of the Grim Sinners MC but, in the end, you never really leave. The Devil Souls and The Grim Sinners were brought together to fight the biggest battle yet.

We had to protect our families at any cost. 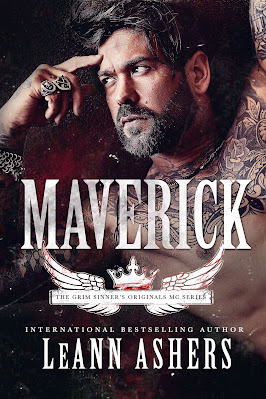 I grew up in a cult, one that kept me completely sheltered from the real life. They even forced me to marry at the age of fourteen.

I was trapped, and life was utter hell until I was offered a way out. I spent months healing and finally being happy for the first time ever.

Then he came into my life.

Maverick rooted himself deep inside my heart from the second I met him. From his cocky grin to his alpha male attitude, I was in love with him.

More importantly, he kept me safe when I needed him most.

The second I laid eyes on her, I knew she was the one I had waited for my whole life. All I saw was her.

But everything came to a head when her past resurfaced.

The second I saw the fear in her eyes, something inside me snapped. It became my life’s mission to find every single person who hurt her.

After all, I am a Grim Sinner for a reason. 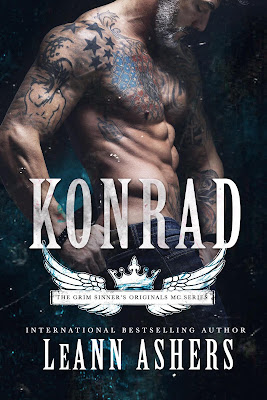 It’s been six years since I escaped the horror I called life.

I was raised in a cult that had forced me to marry a sadistic and evil man. It was absolute hell, but I was finally given a second chance.

I’ve had time to heal and finally find myself, but the last thing I ever wanted or expected was to fall in love. I figured it wasn’t in the cards for me and you can’t miss something you’ve never had or experienced.

But the second I met Konrad, he owned my heart.

It was as if I learned to breathe for the very first time. He came into my life, pushed my barriers, and made it known that I was his. With him, I found my home, my everything.

Until my ex-husband decided that he wanted me back. 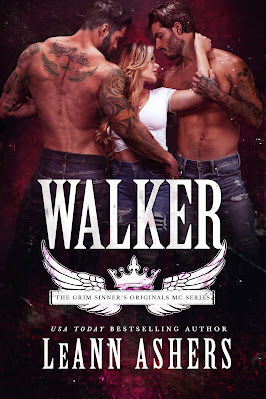 All it took was one night for my past and my present to collide headfirst.

Consumed by work, I was letting life pass me by. I had reached a point where I found myself merely existing, so I decided to go out and have some fun with my friend, Lynn.

That night brought me face to face with the two men that would become my everything—Walker and Darren. The chemistry and connection between us three were instant and palpable. There was no going back for any of us.

But in one instant, what I thought was the best night of my life quickly turned into a nightmare.

He was supposed to be locked up.

They promised me I’d be safe…

Now, not only was my life on the line once more, but worse, if I didn’t meet his sick demands, he promised to kill the two men that held my heart.

LeAnn Ashers is a blogger-turned-author who spends her days reading and writing. She released her debut novel early 2016, and can’t wait to see where this adventure continues to take her. LeAnn enjoys writing about strong-minded females and swoon-worthy, protective alpha males who love their women unconditionally.