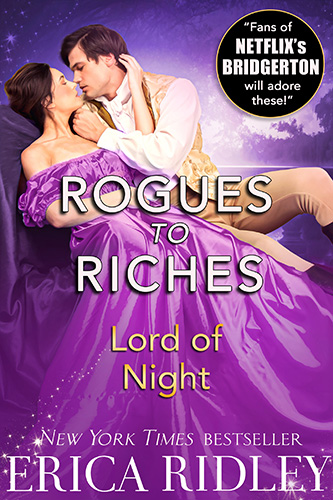 Unlike proper debutantes, Miss Dahlia Grenville is secretly Robin Hood in a bonnet. Her home for wayward girls has too many dependents and not enough donations. But just as she’s about to pull off the heist of the Season, she tumbles straight into the arms of the handsome detective who has sworn to deliver Mayfair’s mysterious thief straight to the gallows.

Highly principled Bow Street runner Simon Spaulding’s world is black and white. There’s no mastermind too clever, no criminal alive who can escape the hangman. Until he realizes the delightful young lady he’s been courting is a liar and a thief. Suddenly, his career—and his heart—are in peril. How can he bring her to justice when it means losing her forever?