People say that Karma is a b..ch, but they are wrong!

As an ancient soul working to enhance human empathy Karma has served for millennia.
When her rash decisions leaves her with a bad reputation, the community of ancient souls makes a demand of her. She must return to earth and clean up the mess she made for seventeen-year-old Emma White.

For Karma it’s a rush to be back in a physical body, and life as a junior in high school shouldn’t be a problem for someone who has guided humans for thousands of years. But much has happened since Karma last walked the earth in Ancient Greece. Facing teachers, bullies, parents, and Emma’s crush, Ty, gets complicated when Karma doesn’t have her usual powers and can’t reveal that she’s a soul of infinite wisdom. And by the way, how does one answer a text message?

Ancient Souls is a breathtaking story that is a must-read for everyone who remembers what it was like to be a teenager. It’s witty, wise, and has a fast pace that will make you turn pages all night long.

Written by Elin Peer and Pearl Beacon, the mother/daughter team behind Amazon Bestselling series Men of the North and Clashing Colors.

Get your copy today and start your new favorite series.

The dude was like a ghost. For such a large man, he moved silently, and had snuck up on her. “Don’t you know it’s not nice to sneak up on people? Especially when that person has hot coffee in their hands.”

And by god, but the way he was staring at her, like he wouldn’t mind taking a bite out of her, made everything inside her tighten and throb. Startling heat filled her core.

Asher chuckled. The deep rumble made her belly coil and quiver. He smiled, the lines at his eyes crinkling. “I’ll take that under advisement. Do I smell bacon?”

That was what he was focusing on, and not the fact that he was still touching her. She kept staring at his lips, and at the beads of sweat as they rolled down his corded neck and the top of his chest. She fought the desire to lean in and swipe her tongue along one of the paths.

She cleared her throat as he extricated the mug from her hands and retreated a few steps. Being this close to Asher sent her system haywire. “Yep. Should be done in about two minutes.”

After he took a long sip of his coffee, studying her the entire time, he asked, “You cook breakfast before work?”

“I’m a pick breakfast up on the way into work kind. There are a few places along my route where I typically stop and grab breakfast burritos, or donuts, or whatever I have a desire for.”

She shivered at the way he said the word desire. He made it sound dirty while at the same time insinuating that it was the most enjoyable experience. She swallowed past the lump in her throat, praying he didn’t notice that her stupid body was all too aware of his proximity, and liked him. 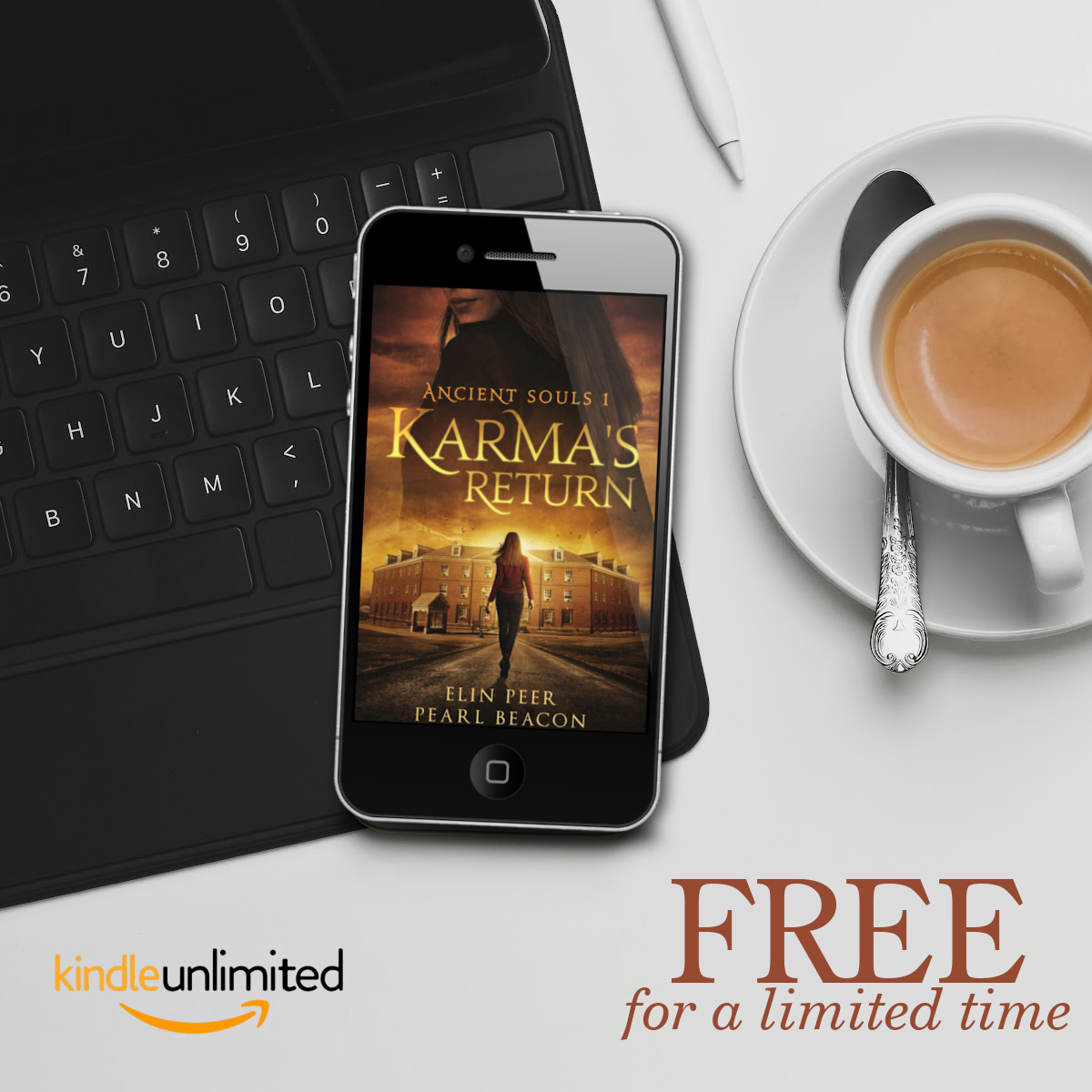 One thought on “Karma’s Return by Elin Peer & Pearl Beacon is FREE!!”