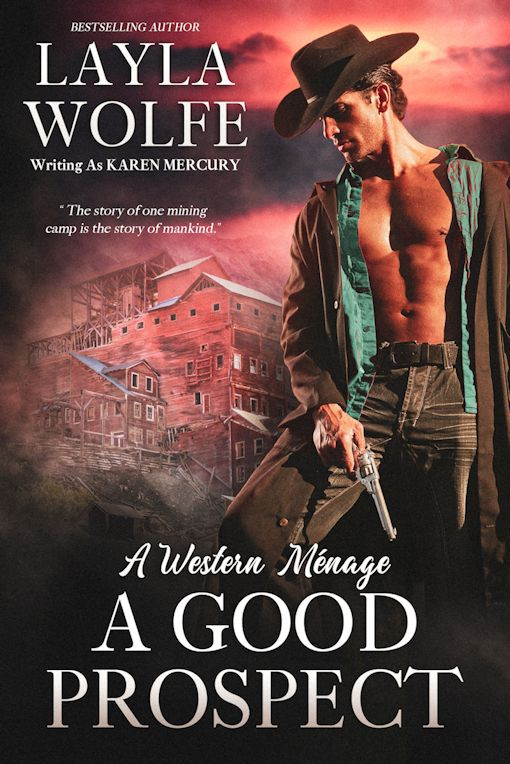 The story of one mining camp is the story of mankind. Salvador Palomares, Don of a vast California rancho, saves the life of Ophir, a former slave pierced by an Indian arrow. Sal has wasted years in drunken cattle driving and horse racing, and is surprised when Ophir tells him gold has been discovered, his land invaded by a gang of ruffians determined to banish all Spanish “foreigners.” Sal and Ophir rescue Tamasin, a downtrodden Irish refugee raised in a convent. Their passion for Tamasin creates rivalry between the two partners. Tamasin loves them equally, so the decision to form a ménage cements their bond. But their empire is threatened by The League, lawless thieves closing in to starve them out of their own mines. The trio’s goal is to live in peace. And they fight to the bitter end to reclaim it. Their love is… A GOOD PROSPECT