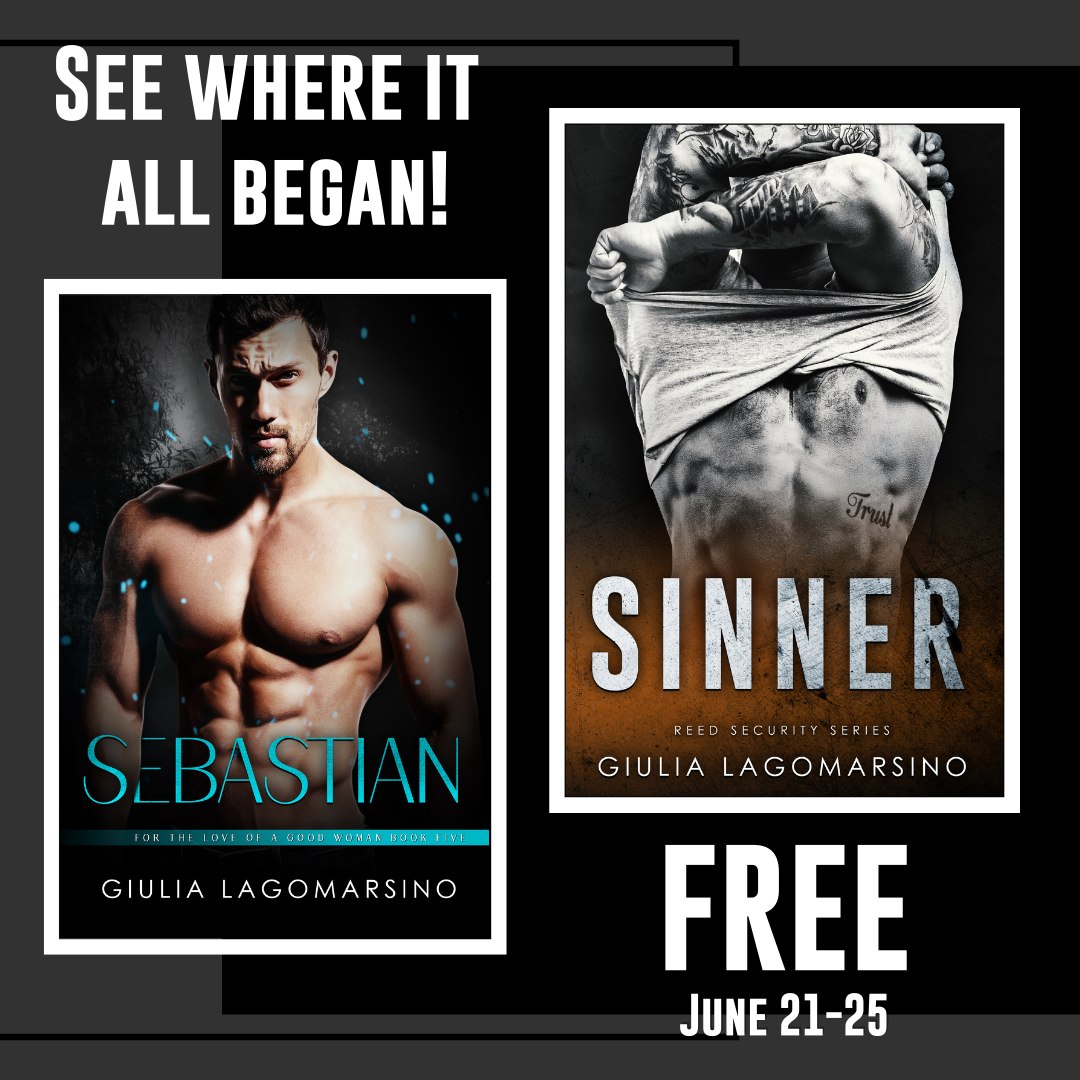 You can only get these from June 21st through the 25th so get moving! Author suggests reading Sebastian first!

For The Love Of A Good Woman
mybook.to/SebastianRRNL

Sebastian
Stubborn. Bull-headed. Sexy as hell.
That was Maggie. The woman that I was currently protecting. As the owner of Reed Security, I didn’t really go into the field that often, but I was coerced into playing bodyguard for the trouble-making reporter. She didn’t listen to a damn thing I said and was constantly putting herself in danger. This story she was investigating was going to get her killed if she didn’t learn to listen. More troubling than that was the fact that I was seriously attracted to her and was having a hard time keeping my hands to myself. She was a distraction that I really needed to avoid if I wanted to keep us both alive.

Maggie
Tall. Rugged. Lethal.
Words that didn’t even begin to describe Sebastian, the man that was supposed to be protecting me. I found that I liked to push his buttons and get a reaction out of him. It kept things exciting. He also wasn’t bad at keeping me alive, which was a bonus when every other minute someone was trying to kill me. Now if only I could get him to stop resisting me. I seriously needed a way to let off some steam and he was the perfect distraction. Still, I had to stay focused and get to the heart of this story before I ended up at the bottom of the river wearing a pair of cement shoes.

Cara
Sexy. Charming. Intelligent.
He’s everything I could ever want in a man, but he would never go for a woman like me. I’m broken, damaged after being held captive by a serial killer. Panic attacks are the least of my worries. But I can’t help but want more with him. So, I made him a deal. Now he’s my therapy buddy and we have a friends-with-benefits relationship. It’s a win-win. Except that I want so much more.

Sinner
From the moment I saw her, I wanted her. From the moment I touched her, I knew she was mine. Everyone thinks she’s broken, but I see the fighter inside. We made a deal, but I’m going to have to break it because I want more than a few fun nights between the sheets. I want it all.