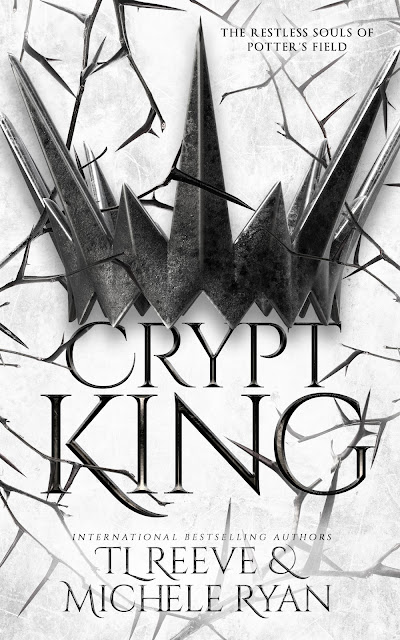 There’s a lore about a Crypt King who rules over the forbidden cemetery and collect all the lingering souls. His three companions a step behind…
Isa DeCuir has been marked…
From the moment she was born, Isa has had a target on her back. After a horrible accident claimed the lives of her parents along with her best friend, Keres’, father, strange things began to happen—including her inability to control her spellcasting.
Mads Billiot has been waiting for this moment all his life…
He has honed his skills, chosen his partners wisely, and put into motion certain schemes to not only protect his future bride, but to also break the network of witches within the Grand Du Parish. However, there is a nasty secret buried with the dead that threatens everything he’s accomplished along with his future bride.
Ethan Guidry has walked the earth for over a millennium…
As a Grim, he has seen what can happen to lost souls or those who feed themselves to the Crypt King. There’s no way Ethan would allow Isa to become another of the King’s hapless victim. He’d do anything for the Witchling including becoming her familiar and sharing his life with her. However, there are strange happenings afoot, and his wishes might truly be nightmares.
All Hallows Eve approaches…
As the veil between the living and the dead thins, can Mads and Ethan protect Isa from the truth? Or will Isa become the next victim of the Crypt King? 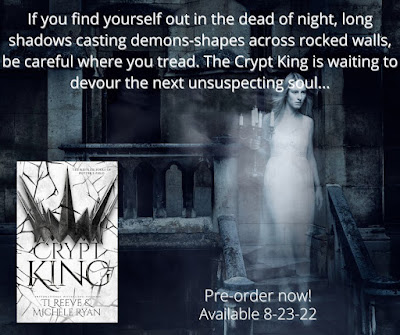 TL Reeve, a bestselling, multi-published author was born out of a love of family and a bond that became unbreakable. Living in Alabama, TL misses Los Angeles, and will one day return to the beaches of Southern California. When not writing something hot and sexy, TL can be found curled up with a good book or working on homework with a cute little pixie.

Michele Ryan is a multi-published author who embraced her creative passion and co-authored several books with fellow author TL Reeve. Michele has also published two solo novellas. Michele is a lifelong resident of the state of New Jersey, along with her husband and three children, whom she refers to as her hobbits. When Michele is not plotting or writing, she can be found either volunteering at her children’s school or reading.