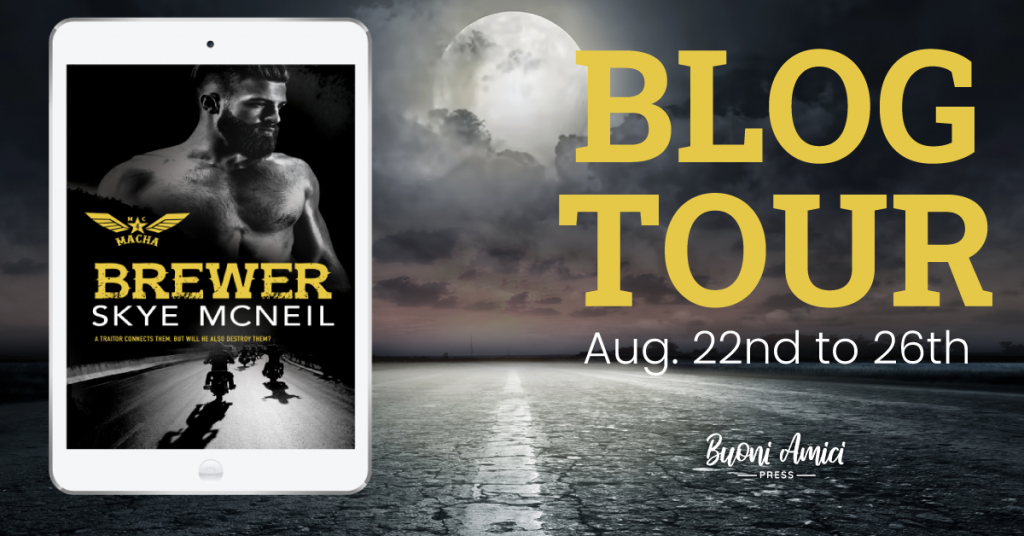 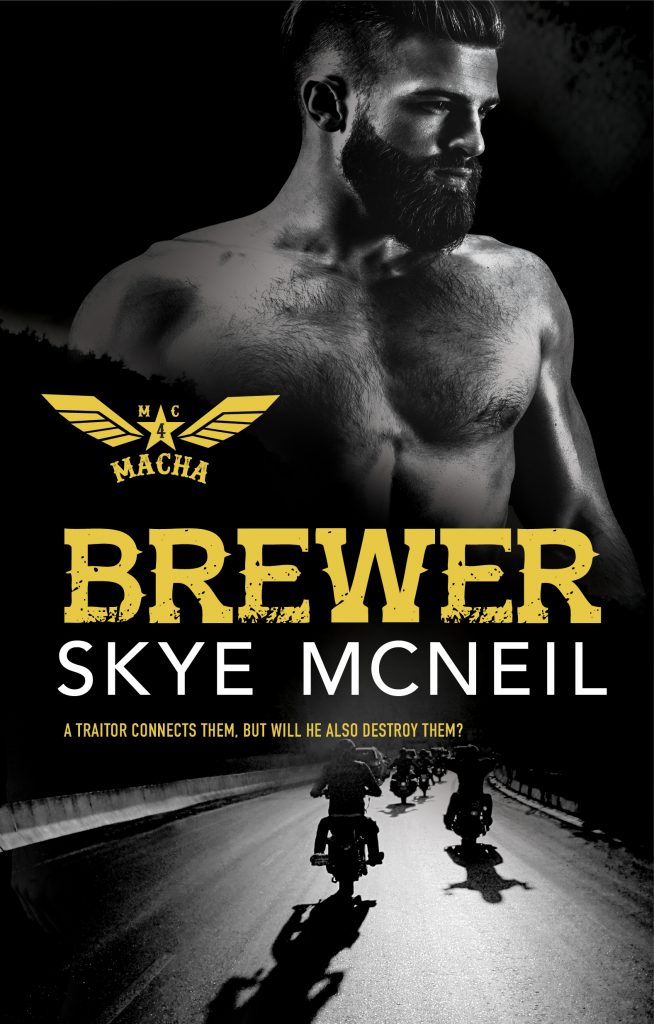 A traitor connects them, but will he also destroy them? Find out in Skye McNeil’s final book in the Macha MC series. It’s time for your favorite Macha member to get his happily ever after.

Out for blood and justice, Brewer Stapleton is on the hunt for Macha MC’s traitor, Shovelhead, the man who also murdered his parents. Nothing will keep him from his mission, not even the woman who unexpectedly brings him to his knees.

Raised to fear motorcycle clubs, Delphi Windsor is content running her bistro. When she meets the man who runs Macha’s bar, on a fun night out, their chemistry is instant. But Delphi uncovers a secret. One that brings her closer to Macha MC than she ever thought possible.

With Brewer focused on revenge and Delphi intent on uncovering the truth, it’s unlikely everyone will survive the fallout.

“What’s your name, sweetheart?”
“I’m no one’s sweetheart, but you can call me Delphi,” she said, lifting her brows, a smile playing on her lips.
“Delphi.” He nodded. “I like it. Sounds exotic. Got a last name to go with it?”
“None I’m willing to share.” She smirked. “Is Brewsky actually your name, or is it a nickname?”
“Both. Name’s Brewer.” His blue eyes danced. “My parents were pretty unique.”
“Yo, Brewer, you flirting or slinging drinks?”
Delphi looked over her shoulder at the petite blonde who was gesturing with her hands in the air, clearly overwhelmed.
“Better get back before thirsty customers take over the bar.” Brewer grabbed the empty tray. “Catch you later, Delphi.”“Doubtful,” she flirted back. “Nobody catches me.”
“Slippery, huh? Or just wet?” Brewer leaned over and whispered, “I can handle it either way, sweetheart.” 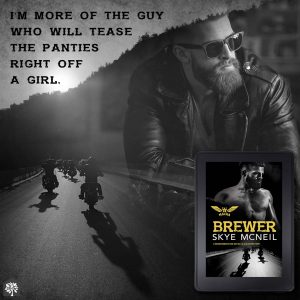 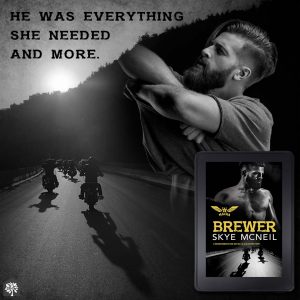 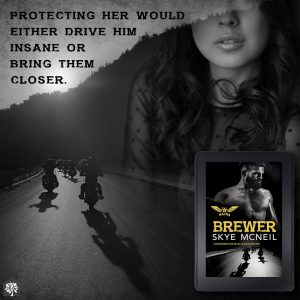 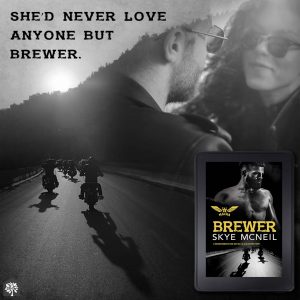 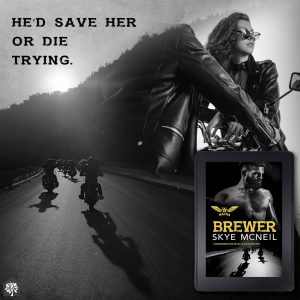 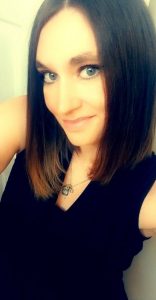 Award-winning author Skye McNeil began writing at the age of seventeen and has been lost in a love affair ever since. During the day, she moonlights as a paralegal at a law firm favoring criminal law.

Skye enjoys writing contemporary and suspense romance novels that leave readers craving more and falling in love over and over. She writes contemporary and historical novels ranging from sweet and sassy to steamy and sultry.

Her constant writing companions are two cuddly Australian Shepherd, a purring cat, and her daughter. When she’s not writing, Skye enjoys spending time with family, photography, volleyball, traveling, and curling up with a cup of coffee and reading.

MY REVIEW: I’m sad for the ending of this thrilling series but the journey was terrific. I still think there are more brothers that deserve a story. I really like this series that offers something different from the usual MC stories. Sure, there’s the fierce brotherhood, club girls, hunky brothers, sassy old ladies, and less than legit activities. What you won’t find is the Devil, Satan, Hades or Grim Reaper as the club patron. This club’s is an Irish goddess. Yes! Hence the fierce need to protect women that the Macha live for. This story is sexy romance between a brother that grew up in the club and a woman that fears the MC life. Brewer is a sexy hunk that’s all about the ale he brews, one-night stands, and his club. Oh, and finding his parents’ killer(s). One of those goes by the wayside when he meets the beauty, Delphi. They dance around each other since the last thing she wants is to fall for a biker. But Brewer can’t let her go. It’s sexy hot as these to embark on a delicious push pull before they get to the foregone conclusion. They are perfect together. But there’s a big secret to be revealed plus the hunt to find the killer. I love the action, danger and intrigue plus the steamy romance. This is a terrific group of brothers and I love catching up with them all along with the next generation of kiddos. There’s a bit of poignancy as the old crew retires with the need for a new president and a new cabinet. This series has some of the best heroines ever. No wilting flowers in this group. I’m sad for the end but look forward to the next series from this talented author.