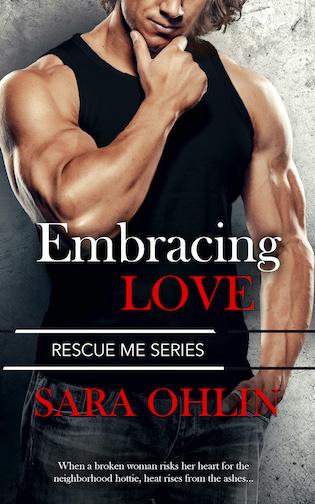 When a broken woman risks her heart for the neighborhood hottie, heat rises from the ashes…

Once broken and abused, Sasha Kincaid is slowly rebuilding her life in the quiet town of Corvallis near her brother, his new wife and their group of friends. She’s content to work quietly at the bakery she secretly owns while learning to rebuild her trust in people. But when she starts to have steamy feelings for Connor Duggan, Sasha doesn’t know how to handle her emotions.

Neighborhood hottie and town favorite, general contractor Connor Duggan has only had eyes for Sasha Kincaid ever since she stepped foot in Corvallis a year ago. When she gives him an opening, he jumps at the chance to make her his, no matter how long it takes her to feel comfortable.

Connor’s warmth and patience allow Sasha to fall into a friendship, then an amazing sexual relationship with him—but believing it will be temporary and that’s all she’s worth. As they grow closer, Connor realizes he must win over her heart, not just her body, meaning he must push past his own insecurities of being rejected to battle Sasha’s fears and ghosts.

But the biggest obstacle is Sasha herself. Can she learn to trust again, and believe that she deserves a beautiful life with Connor?

Reader advisory: This book contains references to an abusive relationship, physical cruelty and violence, as well as mentions of non-nurturing parenting.

Connor grabbed the pastry out of the bag, took an enormous sniff, and this time when he looked at her, his eyes were darker, piercing, like she’d offered him her body as the warm tasty treat. I mean could it get any hotter out? Sasha tugged at the front of her T-shirt, sweat dripping down her back, from the sun, from nerves, she didn’t know.

“I…uhm…added caramel and nuts and dark brown sugar, so it kind of gets all sticky and gooey.” Her words felt thick coming out. Someone had stuffed her mouth with cotton and she didn’t know how to move her lips or her tongue.

“Sticky and gooey,” he said reverently. “My favorite.” Without taking his eyes off her, Connor devoured the caramel pecan pinwheel in three enormous bites. Savoring each taste, she imagined, as it burst on his tongue. When he finished that last swallow, she was unprepared for it, for the show to be over. But it wasn’t. He licked his lips, peered into the empty bag as if he might dare to find all the secrets of the universe. Then, then he took a step closer.

She should have stepped back, but she couldn’t, frozen in place by his sparking brown eyes, by the force of him. She was tall, but not Connor-Duggan tall, so she was forced to either stare at the baby attached to his chest or look up. She knew what the safer choice would be. But somehow her body didn’t care right this minute as a warm breeze swirled around them, as if they were the only two people in the park, no neighbors, no babies, no dogs, no responsibilities, no pasts.

“Damn.” His voice was hot and hushed, pure disbelief in his words. “That was the best thing I’ve ever tasted. In. My. Life.”

He had a dusting of brown sugar at the edge of his lip, where his tongue hadn’t reached. He didn’t speak, didn’t say anything else after his last words whispered around her, but still his body spoke to hers. She reached up without a thought and brushed the sugar off his mouth. “Sugar,” she whispered.

Neither one of them moved, and when she started to pull her hand away, he caught it in his large, warm one. Sasha sucked in her breath and watched as he carefully ran his thumb over her fingers, studied them with his intense focus.

“There’s something special here, in these fingers, that can create something purely outstanding.” He met her gaze again. “Something that tastes so good it makes a man swear.”

Sasha huffed out a laugh, not feeling one bit humorous. “Damn is hardly a swear.”

“Trust me.” He rocked her world again with those hooded eyes. “It takes something pretty serious to get a damn out of me.” 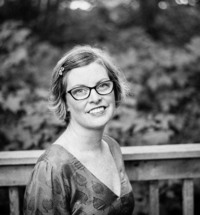 She has over fifteen years of creative non-fiction and memoir writing experience, and you can find her essays at Anderbo.com, Feminine Collective, Mothers Always Write, Her View from Home, and in anthologies such as Are We Feeling Better Yet? Women Speak about Healthcare in America, Take Care: Tales, Tips, & Love from Women Caregivers, and Chicken Soup for the Soul.

Although she’s the author of many essays about life, grief, motherhood and the connections we make through delicious food and shared meals, Sara loves creating imaginary worlds with tight-knit communities in her romance novels. She credits her mother, Mary, Nora Roberts and Rosamunde Pilcher for her love of romance.

If she’s not reading or writing, you will most likely find her in the kitchen creating scrumptious meals with her two kids and amazing husband, or perhaps cooking up her next love story.

She once met a person who both “didn’t read books” and wasn’t “that into food” and it nearly broke her heart.