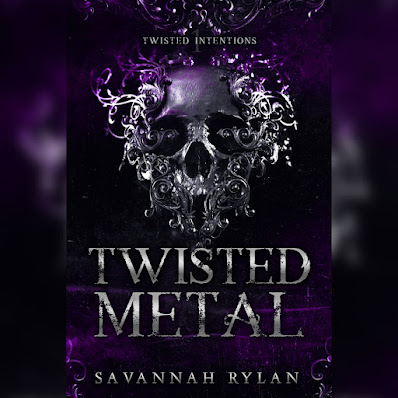 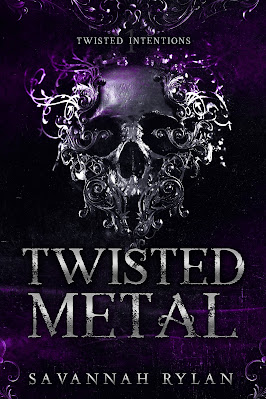 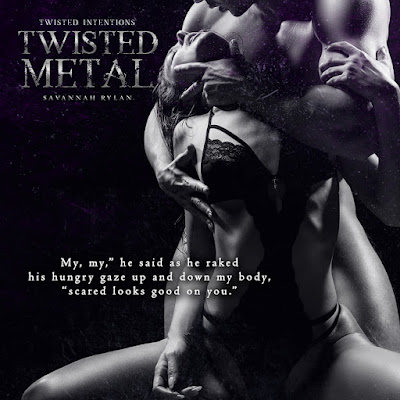 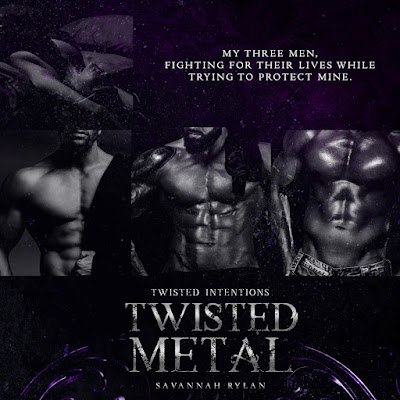 Ranger stepped in front of me and Dutch. “You need to understand that you have no control right now. You’re in no position to be making demands with anyone, much less us.”

That only made her grin. “A woman always has more control than men think. It’s why men are always toppled by a strong woman. It’s why men drive this world into the ground when women have the capability of making it better. More prosperous. Men do nothing but destroy. It’s the women that are tasked with building things back up.”

She stalked toward Ranger, standing onto her tiptoes just to get closer to his stone cold face.

“So, tell me,” she said as she pointed her finger directly against his chest, “do you really think I have absolutely no control?”

She blinked. “And why’s that?”

He slapped her hand away before getting into her face. “Because the only sense of control you feel you have is because I’ve allowed you to have it.”

Naomi didn’t waver. “Then, prove it. If you think you’re so tough and so in control, then prove it.”

He tilted his head. “Says the woman who gets to roam around freely, yet hasn’t made one single move to leave.”

I looked over at Dutch, and even he had a blank stare on his face. It was like watching a goddamn train wreck, and we wondered who would get hit first.

Her, with her hand across his cheek. Or him, with his hand wrapped around her throat.

He straightened his back. “Now, go back downstairs to your little den of sin and–.”

Naomi took a step back and cleared her throat. “Your guards do three rotation changes every single day. One at ten. One at four. One at nine. They circle around the building counterclockwise before coming inside and doing rotations around each and every level twice, going in the opposite direction. Clockwise.”

That’s when Naomi smiled. “During the three changes, two things occur: one, the side door all the way at the end of the living room hallway that you guys think you have concealed is completely free from prying eyes for six minutes; and two, no one locks the front door.”

“Not only that,” Naomi said as he held her finger in the air, “but no one comes down these basement steps. They check the door, but they never come down to check on me. That leaves me very vulnerable to the “attic” access in the closet-slash-kitchen down there that leads into the ductwork of the house. Did you know that the ductwork in this place is large enough to fit my hips? Interesting, how that works.”

Dutch grinned and I had to admit, I wanted to chuckle. She was smart as a fucking whip, and it was clear that her fiancée had taught her, in some ways, how to help herself.

But, Ranger was furious. “Go on, since you seem to want to show us all how smart you are.”

And Naomi took the bait. “Your evening crew doesn’t like keeping that kind of routine schedule, though. The two men that park their lazy asses on the porch don’t move for at least two hours at a time, which I don’t think is part of their hourly rotation. Plus, they never check the third floor. I don’t know how many times I’ve snuck up to the conference room and planned my escape by getting onto the roof that I know isn’t guarded and distracting those porch dwellers long enough to steal the car they keep unlocked in the driveway.”

I’d never seen that kind of anger on Ranger’s face. “Well, thank you for telling me exactly who I need to fire and what needs to be fixed.”

It was then that she turned her attention to Dutch. To the long, angular, dead-faced knife-thrower that stood as still as a statue at my side. My gaze dropped to her fingers, watching her wiggle her engagement ring off her hand. And as she held it out for Dutch, he opened his palm.

Before all three of us watched her drop it against his skin.

“Thanks for doing my dirty work for me. At least now I have answers,” Naomi said flatly.

Then, she turned her back to us, stumbled her tired ass back toward the basement, and slammed the door behind her.

Leaving the three of us shocked and rooted in our places.

Savannah Rylan is a romance writer that spends most of her time writing and reading with her cat, Gris. When not writing about sexy bikers and the women that love them, you can find her on the beach with a drink in her hand or at the gym testing out some strange new position. Yoga, obviously. She lives in Southern California with her husband and Gris, the true love of her life.