SONGS OF THE HUNTED Once upon a time, a king hunted a queen …

It is year 749 of the House of Bloodhurst reign on Atlas, and King Misael Bloodhurst’s thirst for sea women is a well-known threat across the realm, but Anthia, queen of her seas, is sure that she’s clever and protected enough to stay out of his grasp and eye.

Not likely and capturing the mermaid queen changed everything. For them all.

Many years later, a new princess of the Blu throne, a someday queen, is coming of age, as are some of her sisters. Sheltered until adulthood, their most dangerous years are upon them and the choices they are about to make will change the rules of everything. Having never walked the lands of Atlas before, those days will soon change, and neither path will be easy.

When a prince of the land hunts the next princess of the seas, nothing will ever be the same again.

These are the songs of the hunted.

Songs of the Hunted is book 1 in the Realms of Glass and Blood series from the 9ine Realms by author Bethany-Kris writing as K. Fournier. Realms of fantasy where life lives above and below colored seas – where fire breathers rule the mountains of tar and skies that cry – and everything, sometimes even love, is a lie. Book 2, The Burning of Atlas, will follow in 2023. Please heed the warnings at the beginning of the book before reading or check BK’s website as some will find this content distressing, disturbing, and/or triggering.

*BK previously released a book, 90k in length, titled The Hunted which she subsequently pulled from sale. Songs of the Hunted is the rewritten, expanded work with a total of 166,000 words. “What do they say, your grace?” Anthia asked.

“That they hunt you,” came the reply that chilled her to the bone. Not because of the words the king used, but the way he said it. As if it were a challenge he might like to take up. “Your kind—the men—they hunt you down and take you in front of anyone who can see, and that is how they claim you as theirs. Is it true?”

The thought seared through Anthia’s thoughts like the bright star overhead that streaked through the purple sky as it fell from its otherworldly throne. How dare he ask me that? As if the bond between mates was nothing more than a hunt between a merman and his chosen female, instead of the unbreakable, life-lasting tether to another soul that it truly was for her people. The song between two souls that connected kin across seas and lands. A choice to irrevocably, in most all cases, leash oneself to another even if it meant a fight to the death for it.

He had no right to ask about that.

Of her thirty trips around the sun, seventeen of them spent sitting on the throne of sea glass that once belonged to her father, for a short time, and his before him for much longer, no one spoke to her the way the Bloodhurst King just did. In all the realms of the 9ine that she had visited or seen, never had another being spoken to her so abrasively, either. No king, or ordinary man, no fire breather or even a man of the seas.

Those customs and traditions, their secrets, were not for those who could not experience them. Only sea people could speak on such things freely. But not this man.

He had no concept of how much he just offended her, and if anything, the tap of his leather, laced boot against the glossy ship deck told her that he expected an answer. And probably sooner rather than later.

It took a heavy breath of sea air expelling from her mouth and neck gills, and the squawk of gull birds overhead to give Anthia something else to affix her stare upon, anything except King Misael. Only a few years on his throne and barely beyond his twenty-fifth year, if her sources could be trusted, she heard rumors that he shared a similar affliction to his now-dead father before him.

A taste for sea women.

The way he appraised her every time he looked at her made Anthia think those rumors had a tad more than a touch of truth to them.

The king felt entirely too close to her in that moment for her to speak the way she wanted to when he had a broad sword hanging at his back. Not to mention, guards waiting beyond the gangway connecting their ship to the one at their left, another at their right, and her people were scattered between the seas and the jagged cliffs carved into the land surrounding them.

“You’re asking after things that are not of your place or people,” she tried to say kindly, even gently, adding that, “The ways of the people of the seas are coveted and protected from those who would try to use it against us.”

“How would I use that against you?” he asked back, seemingly unconcerned with her reasoning for not answering his inquiry. “People on land, we wed and bed. Your kind, well, you hunt and fuck. Say it.”

No, that was the most disrespectful and disgusting filth someone had ever had the indecency to say to her, and by all the seas and the stars, Anthia did not know how she lasted standing next to the king on the ship’s deck for so long. She bet the longer she spent there with him, even if they could benefit from the ships, the more he would take her silence and indifference to his behavior as acceptance.

“How about a question for a question instead?” she returned. “If you answer mine, I’ll reply in kind.”

“Depends on your question, Queen.”

Of course, it did.

The challenge didn’t scare her a bit.

“Is it true that your father died at the hands of a mermaid in his bedchambers and you had her burned in the square while they coronated you, King Bloodhurst? That you covered it up and buried him with a funeral pyre so no one would know that he got what he deserved?”

The king’s jaw tightened. “That was two questions.”

And neither needed answered, honestly. K. Fournier is a Canadian, mother, storyteller, and the fantasy romance penname for author Bethany-Kris. She’s got a lot of dogs, cats, kids, and somehow, she still manages to write. Find where to follow BK or visit her website to stay up to date with all things BK/K. Fournier.
www.bethanykris.com 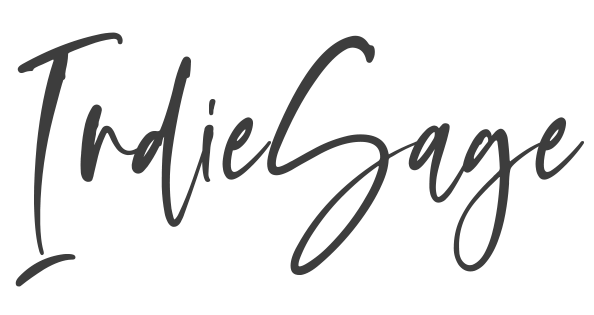