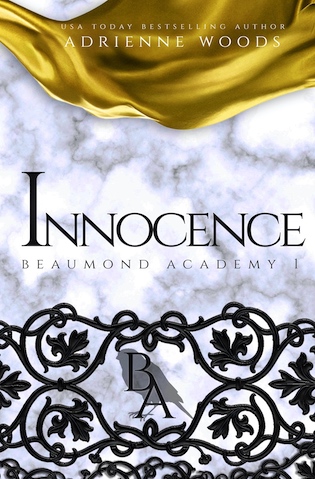 Welcome to Beaumont Academy! We’re here to mold your supernatural abilities into the best they can be. Remember to submit your abilities test results, or we will deny your application.

After Maxima Lane turns into a bat, her acceptance into Beaumont Academy was a given. It means freedom from her horrid stepmother and equally terrible stepsisters. However, her freedom isn’t long lived as her stepmother claims she doesn’t have the x-gene and if Max can’t turn into a bat before the Magic Sector comes, she might get expelled from school.

Gabriel Hendrix’s life is simple. Capture the villains and don’t fall for a witch. Until he meets Maxima Lane. She has an X-gene that allows her to turn into a bat. Meaning she can follow the falcon, and he can put a stop to the Shadowed—if only it was that simple. The girl comes with a lot of secrets, and it drives Gabriel insane. Why is her stepmother obsessed with her? Why is there yellow in her eyes when it’s supposed to be red and why can’t she activate her bat?

When people die and Max gets kidnapped from the academy, time is running against Gabe. He needs to find answers and Max before it’s too late.

If you are fans of Jennifer L. Armentrout and Bella Forrest, you don’t want to miss out on this new paranormal/fantasy series by Adrienne Woods. Scroll up to order your copy!

My gaze searched the treetops where it came from, and the falcon was jumping from branch to branch. Something hung from her claw.

She stared straight at me as if she were begging for help.

I lifted my arm, and she dove from the branch. Her talons pierced into my skin as she landed on my arm. The blood seeped through the jacket that Maria had lent me.

My gaze flickered from the blood on the jacket toward the blinking red button on a metal sphere hanging from the leather laces.

My fingers worked fast, untangling the leather strings around her leg.

The magic pricked and burned the tips of my fingers, but I pushed through that too. The only thing that drove me through the pain was that someone had forcefully used magic to put this tracker on her. Someone nasty and that they wanted to hurt her beyond my understanding.

It wasn’t the first time that the falcon had crossed paths with me. We were old friends. Met on previous occasions, usually in this forest. Sometimes I gave her berries or took her to Maria if she had a broken wing or something that needed attention. She would stay until she was ready to go on her way.

“Again? How do you always get into trouble?”

She kacked softly. As if she was telling me ‘I don’t know.’ I finally got the string off. The magic died as I shoved the tracker inside my pocket. I inspected her wing, pulled it softly open. She let me. There didn’t seem to be any other wounds.

She kacked her thank you.

“Don’t!” a man’s voice yelled, and the falcon pushed herself off my arm and darted through the trees. My arm throbbed where her claws had pierced into my skin.

Arrows whooshed after her, and my teeth ground on each other as the guy was relentless, trying to kill something as beautiful as that bird. She didn’t do anyone harm.

I didn’t think; I just charged.

My body connected hard with his, and we both tumbled to the ground. Grunts left him and complaints left me as we rolled a couple of times.

Rocks and pinecones pressed into my back, and something sharp on this guy nipped at my hip-bone. The scent of sandalwood mixed with a sweet manly fragrance spread through my nostrils and clouded my mind.

My head bumped against something hard bringing me back to reality.

His weight worked in his favor. My boney ass might have knocked him to the ground, but it wouldn’t get the upper hand in this struggle.

My back connected hard with the ground as he pinned me there. He forced my hands above my head, grasping both my palms with one of his giant ones. An arrow pointed into my cheek. 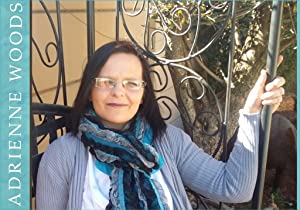 She’s been in love with books all her life and knew at the age of 13 that she is going to be a writer one day.

That dream happened ten years ago and she started to pen her stories down on paper. Firebolt, her debut novel, were released 4 years after that, and she hasn’t stop since.

Now she almost have 15 novels under her belt, and it doesn’t look like she is going to stop soon.

To find out more about Adrienne and her books, please visit her website at http://www.adriennewoodsbooks.com.