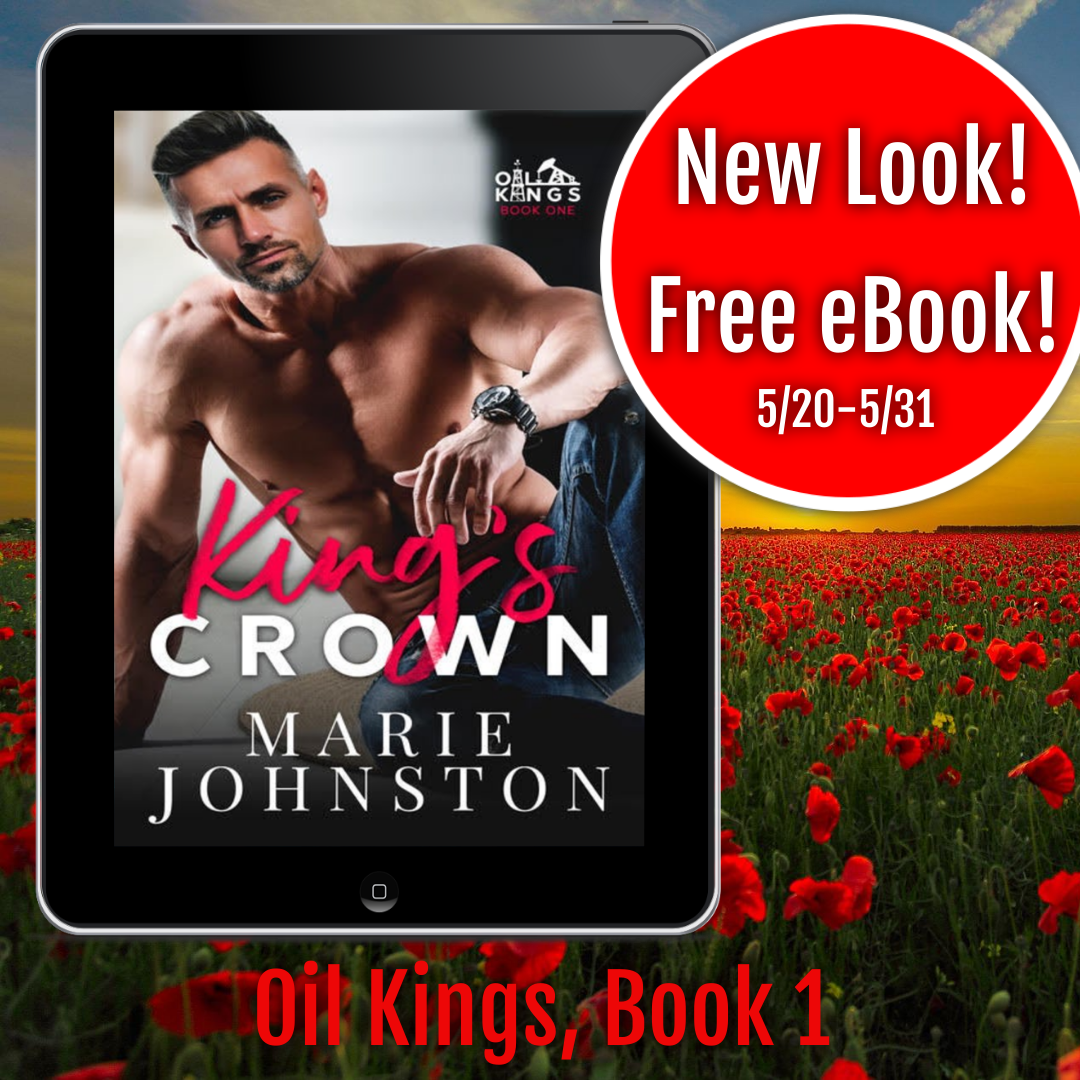 The Oil Kings series has a new look! King’s Crown, the first book in the series is FREE until May 31st so grab your copy today!!

AFTER LOSING MY JOB and my home in the same day, I need a miracle. And that miracle is coming in the form of an interview with the son of a local oil baron, Gentry King. The catch? I have to hop on a private jet with said gorgeous oil baron to get to the interview.

Except, I miss the interview when we get waylaid by a snowstorm. Now I’m stranded with Mr. King. In the same hotel room. With only one bed.

I’VE MADE A PROMISE TO MYSELF—no more women. It’s not like I’m a love ’em and leave ’em kind of guy. They all know the score, and they’re all looking for the same thing I am. But I have to set a better example for my grown sons, who seem to be making all the wrong decisions when it comes to their relationships.

The last thing I need is to be stranded in a snowstorm with Kendall, twenty years my junior and unintentionally sexy. We’re stuck in very close quarters. With no electricity. And no heat other than what we can generate… 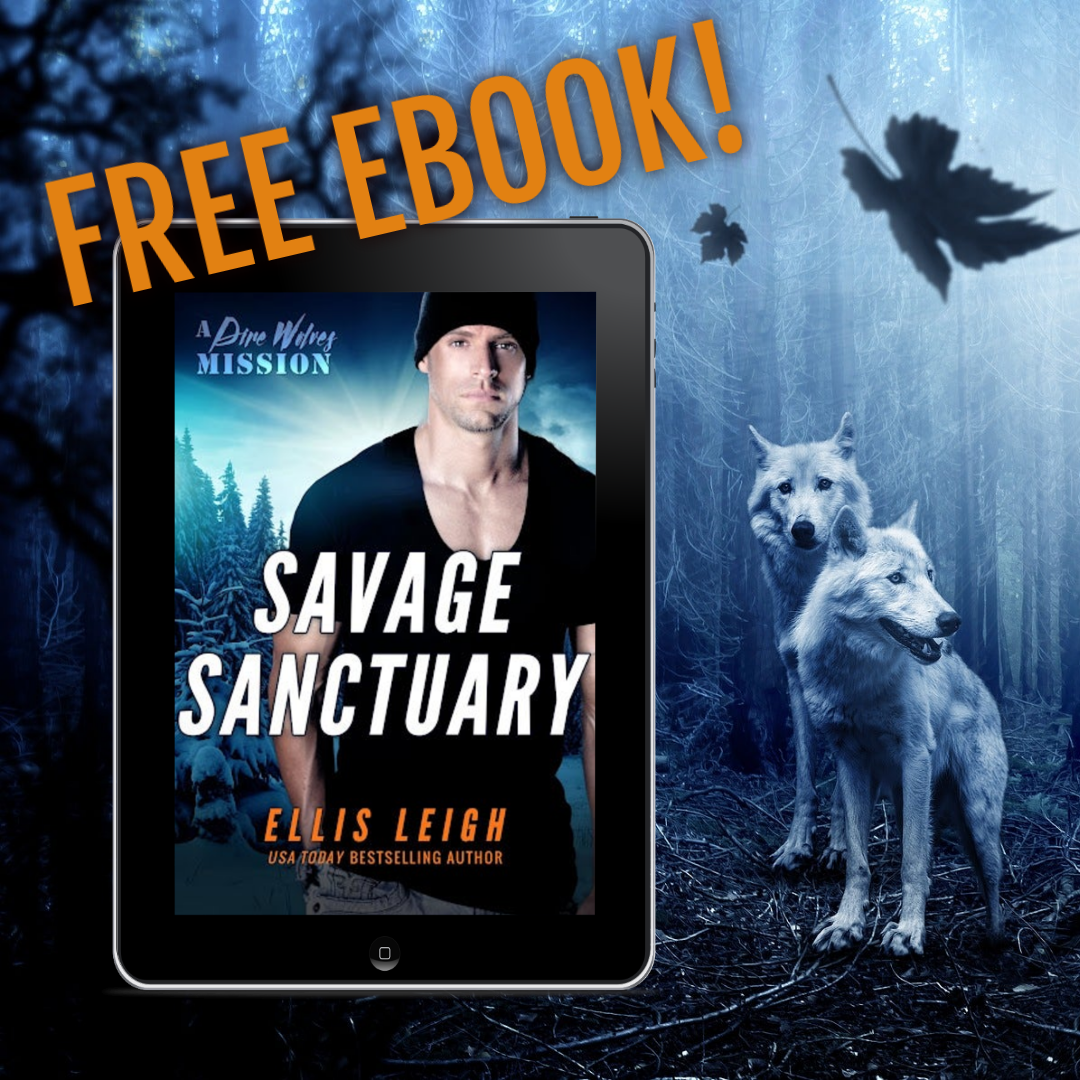 There’s no escaping a Dire Wolf on the hunt…

Even as the playboy of the Dire Wolves, Levi isn’t exactly a soft touch. He likes his liquor, his women, and his photographs…but he also has an affinity for sharp knives and claws. What starts as an assignment to investigate humans finding their way onto a pack’s land quickly becomes something darker, more dangerous, and a whole lot hotter than he expected.

Amy refuses to leave her pack behind, but living in the small town at the base of their mountain gives her enough freedom not to feel trapped. So does running the diner she owns and loves. But someone’s been watching her a little too closely, and it’s not the handsome wolf shifter who crashes into her kitchen one night looking at her as if she is the last woman on earth.

One soldier who’s never cared enough stay, one woman whose roots run too deep to leave, and a stalker with more than just peeping on his mind. In the world of the Dire Wolves, a simple mission means standing your ground and fighting to the end. But this time, a single glance blows simple right off the mountain and forces Levi to run when he’d rather stand and fight…just as long as his mate is running with him.

One soldier, one fight…one chance at forever. 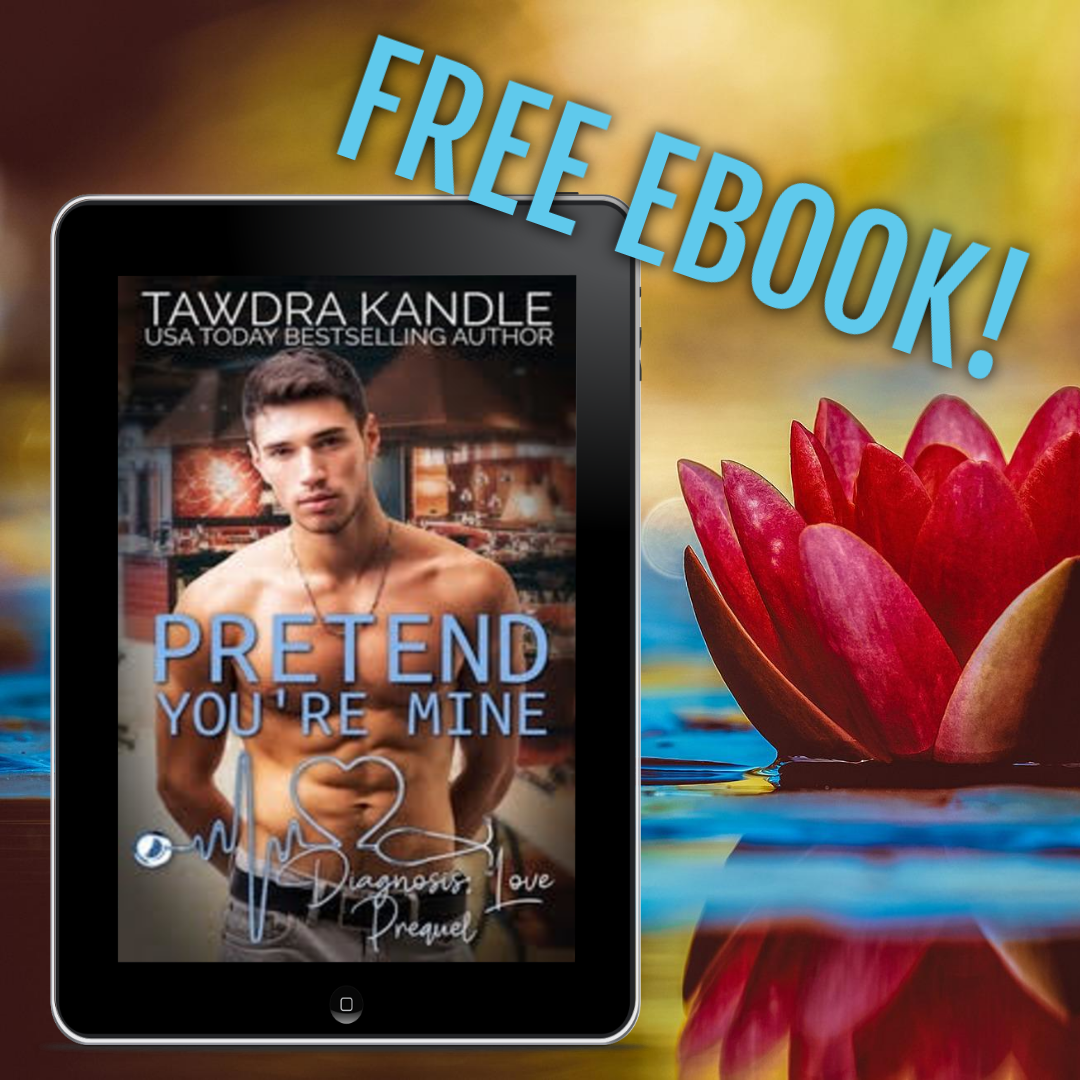 My big brother’s best friend, who I’ve been in lust with forever, is now my fake boyfriend.

I’ve had the mother of all crushes on my brother’s best friend since I was a preteen.

Who can blame me? Nico is the perfect guy: he’s kind, funny, smart . . . he’s a talented chef, and he looks like a Greek god.

When he helped me get this job, I was excited that we were actually going to live in the same town again. But then he moved to Chicago, sub-letting me his house, which is awesome for my budget but sad for my body. And my heart.

The fact that Nico’s on my mind is the only excuse I have for why I used his name when I needed a pretend boyfriend in order to keep my new job. But now that I’ve done it, it’s no big deal, right? I mean, he’s in Chicago, and I’m in Florida. He’ll never have to know . . .

Until the unexpected happens, and Nico’s back home. Suddenly, I have a lot of explaining to do.

Although I convince Nico to play along, each day it gets harder to make believe something that feels so real. How long can I keep pretending . . . before the truth comes out?

This is a Shameless Cliffy! The resolution is in the next book, Informed Consent, available everywhere! And PS . . . it’s worth it.