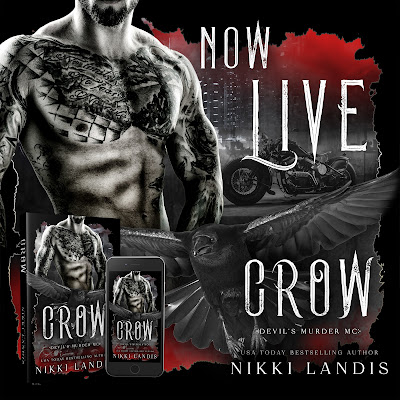 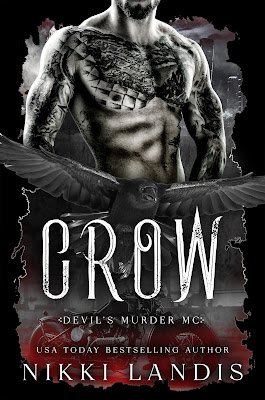 From USA Today bestselling author Nikki Landis comes a new standalone MC romance and the first book in the Devil’s Murder MC series.
Crow, son of the former president of the Devil’s Murder MC, is determined to avenge his father’s death and repair the broken club left behind. Bad blood, bitter memories, and a territory feud decades in the making threaten to tear apart everything his father built. He might have left town to escape his past, but now there’s no choice. He’s determined to return and take his place among his brothers, even if they don’t want his leadership.
He didn’t forget what it means to live by the cut. The brotherhood is all he knows. It’s all he cares about since learning of his father’s murder: that and revenge.
Crow has a hell of a lot to prove, and it can’t come at a worse time. Stopping at a bar on the way back to reclaim his position in the club, he encounters a pretty petite redhead in a whole heap of trouble. His protective instincts kick in, and now he’s got more problems than he can handle.
Crow can’t resist helping out a woman in need, but this spitfire is way more trouble than he anticipates. Bella’s searching for her missing sister and desperate for help, even if that means bargaining with a dangerous biker. For reasons Crow can’t quite figure out, she makes him feel like a goddamn hero, like a man who can live inside the law instead of out of it.
Now there’s a rival club on their heels and innocent lives on the line. Taking her back to the clubhouse for protection sparks a whole shitstorm Crow doesn’t need. Bella insists he’s the only hope for finding her sister, and time is running out.
Nobody messes with this feisty redhead. And nobody threatens the Devil’s Murder because the club protects their own. Whatever the cost. There’s a reason the club is called a murder, and their bikes ride on the dark wings of circling crows. It’s an omen of impending death. No enemy can outrun the Devil’s Murder.
CROW is a full-length, standalone bad boy romance. You’ll love this heart-pounding first book in the Devil’s Murder MC featuring take-charge bikers who adore and fiercely protect their women. CROW has no cheating, no cliffhanger, plenty of heat, and a guaranteed HEA along with a slight paranormal twist. 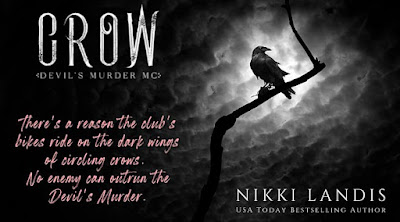 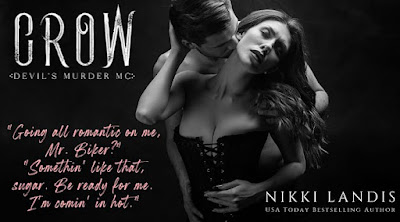 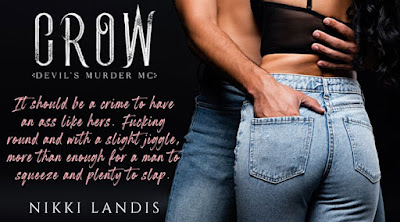 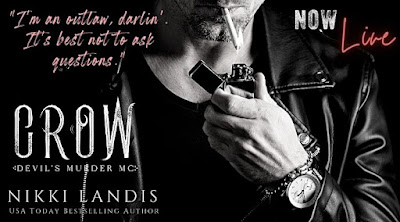 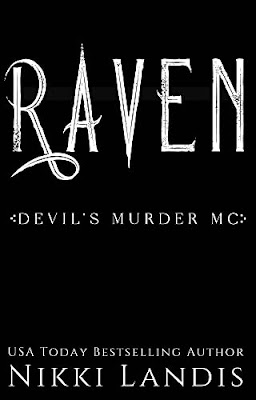 Sign up for Nikki’s regular newsletter and get a FREE book: 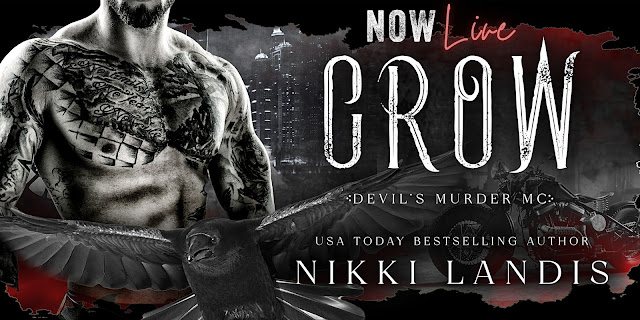 Intriguing start to a new MC series with a supernatural twist. No spoilers here, you’ll have to read to find out. This is a quick, easy read that starts with a murder, the return of the prodigal son and new pres, and a beauty in trouble. Crow is home and ready to take his place in the MC. Plus he met a beauty that’s stole his heart. There’s a ton of sexy heat between the bad biker and the feisty Bella. I love this strong, sassy woman as she tries to save her sister and wrangle the hunky biker. Crow’s not bad either. He’s dominant and in charge right from the start both with Bella and his club. There’s good suspense and danger when the club hunts for the murderer and Bella’s kidnapped sister. Is there a tie between the two? I love this author’s Royal Bastard’s series with the reapers and this one has a twist like that one where the brothers have spooky talents and a murder of crows play a part. If you’re not familiar with this twist to a MC story it may take awhile to get comfortable. It did me with the Reapers but after a couple of reads I’m all in with that series and I’m the same with this one. Terrific brotherhood, thrilling action, intense danger, a bit of mystery, sexy brothers, and just enough violence and brutality in keeping with a MC story makes this worth the read. Not to mention the instant connection and hot chemistry between the lovers. I look forward to the next installment in this one of a kind MC series. So good!